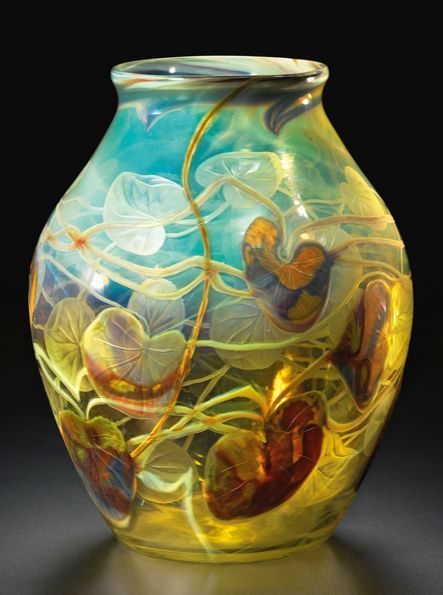 Favrile glass is a type of iridescent art glass developed by Louis Comfort Tiffany. He patented this process in 1894 and first produced the glass for manufacture in 1896 in Queens, New York. It differs from most iridescent glasses because the color is ingrained in the glass itself, as well as having distinctive coloring. Tiffany won the grand prize at the 1900 Paris Exposition for his Favrile glass.

The original trade name, Fabrile, was derived from an Old English word, fabrile, meaning “hand-wrought” or handcrafted.[8] Tiffany later changed the word to Favrile, “since this sounded better”.