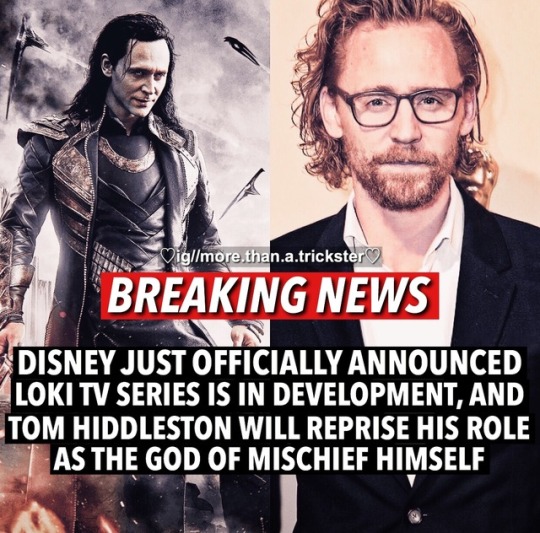 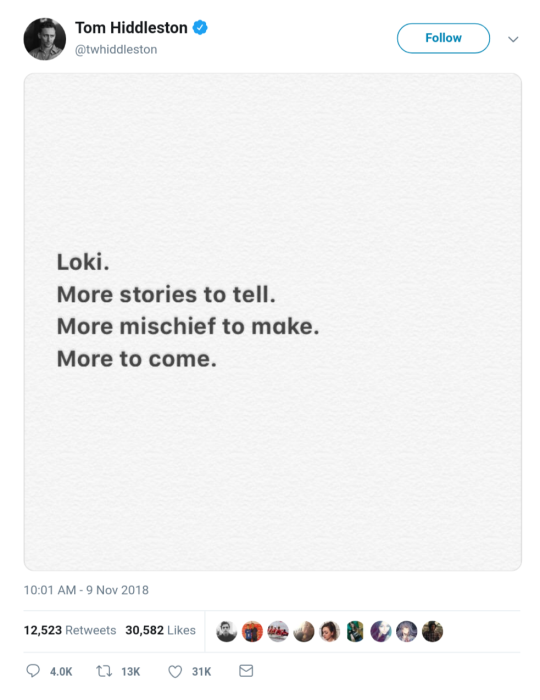 Previously Variety revealed the existence of the Loki streaming series (along with a Scarlet Witch series). Today’s announcement confirmed that Tom Hiddleston would return in the role, which is something a lot of fans were wanting to have concrete.

Right now there’s no word on what the series will be about, but hopefully we won’t have to wait long after the launch of Disney+ to see if. If Iger announced it on the earnings call, but didn’t mention any of the other series, it’s possible it’ll be one of the first Marvel shows to arrive on the service when it launches late next year.   х