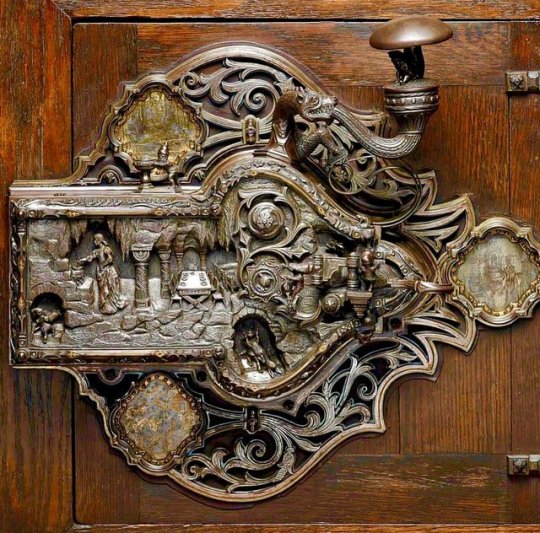 Frank L. Koralewsky. He was a student in a locksmith’s workshop in his hometown of Stralsund. Having received the status of journeyman, he worked in various German stores, and then immigrated to Boston in the mid-1890s. By 1906, he was a member of the Boston Society of Arts and Crafts.

This door lock, exhibited at the Panama-Pacific International Exhibition in 1915, won the gold medal. It illustrates the Grimm fairy tale Snow White and the Seven Dwarfs. It took seven years to create it.