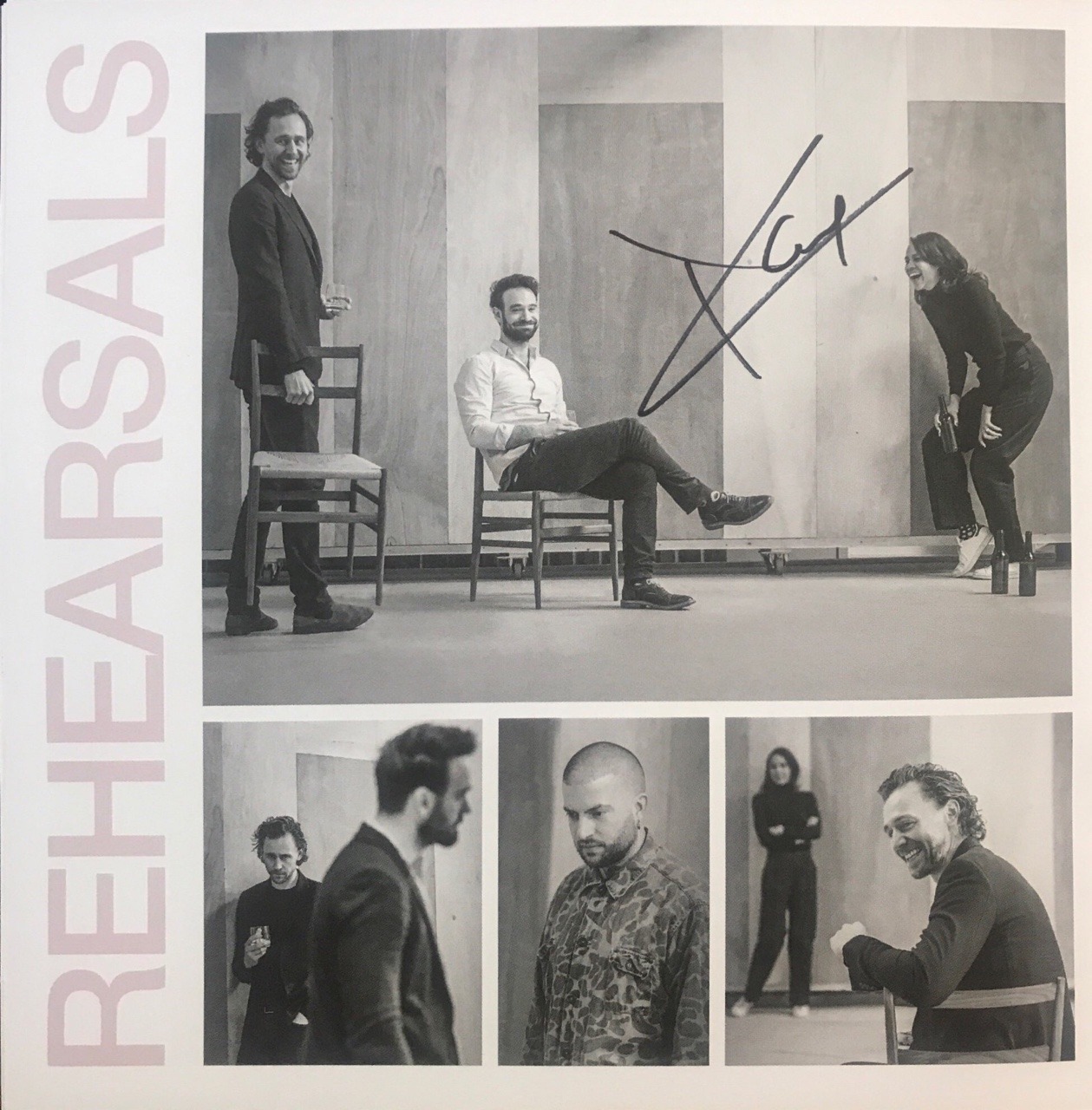 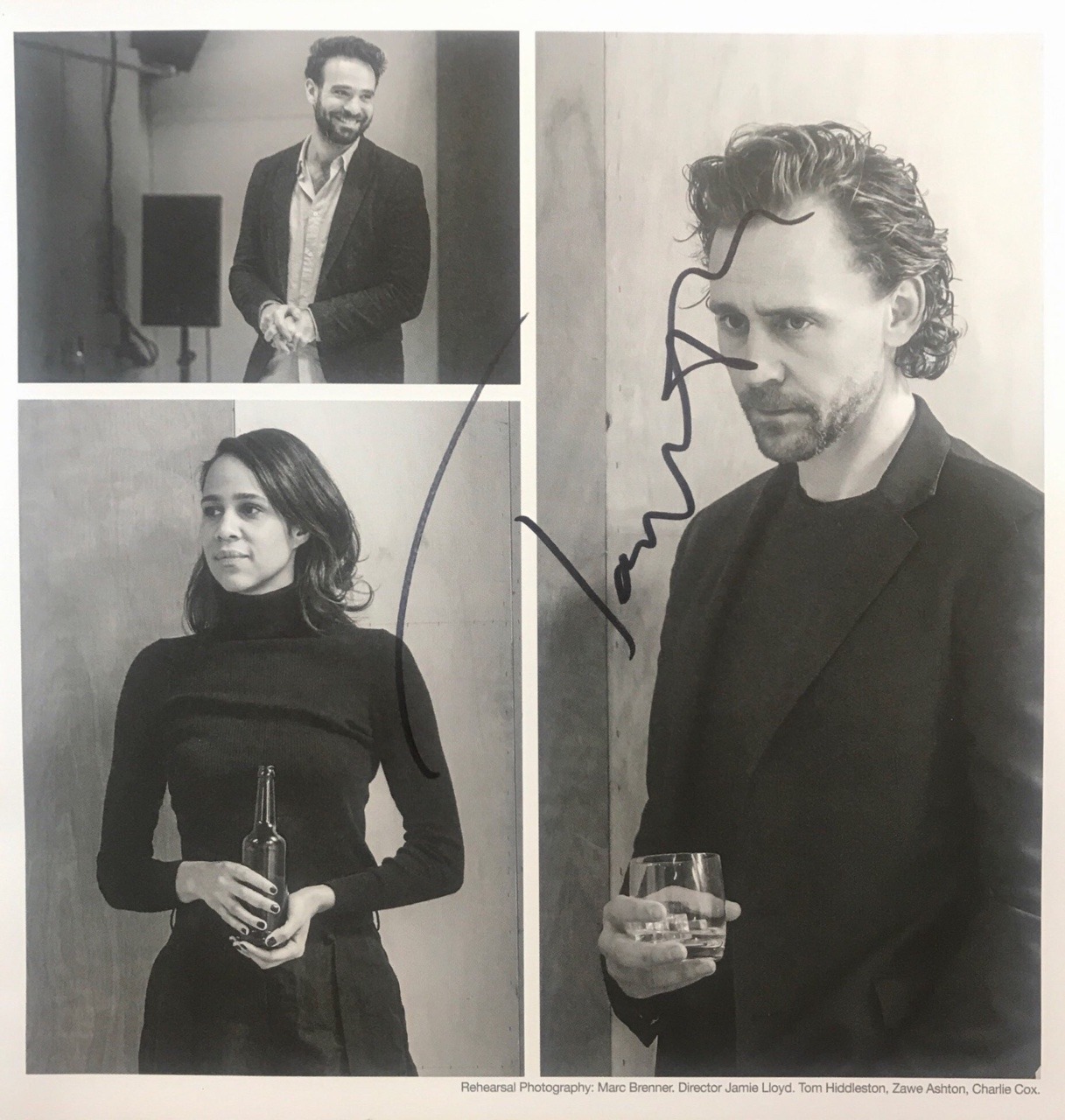 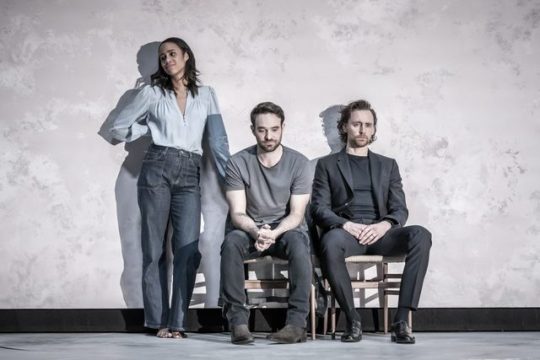 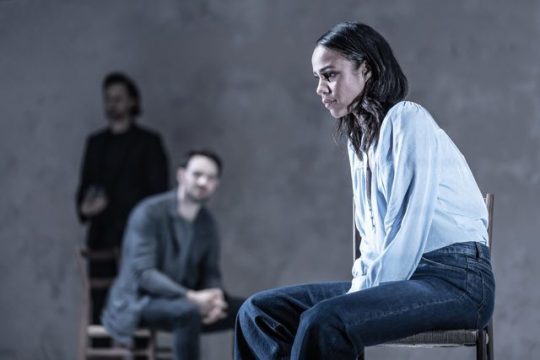 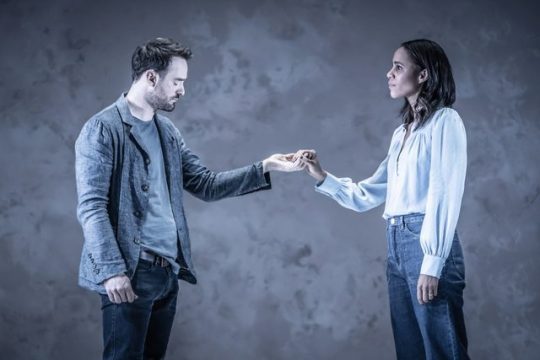 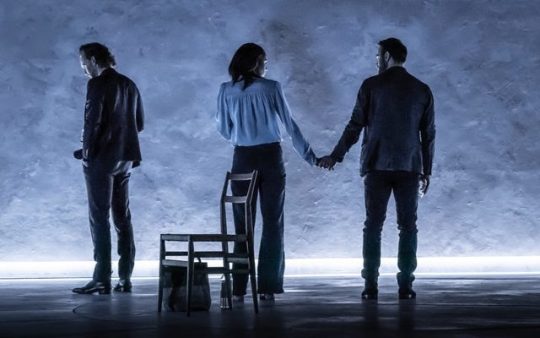 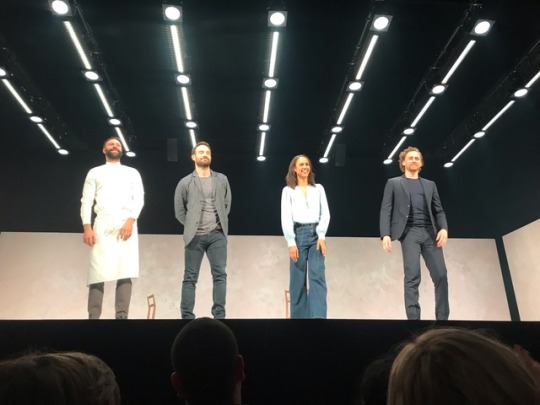 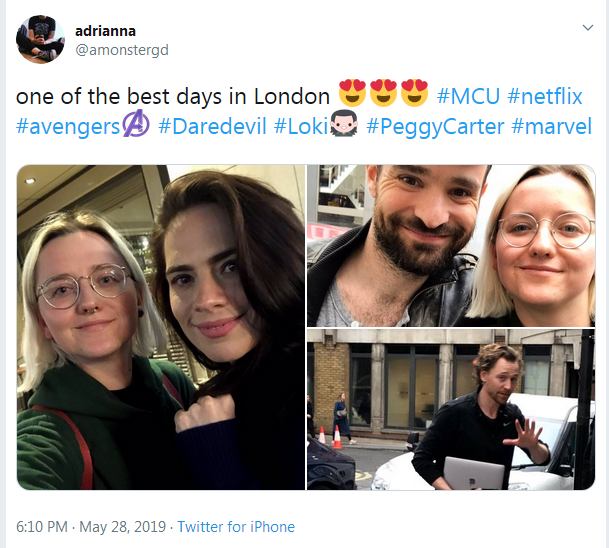 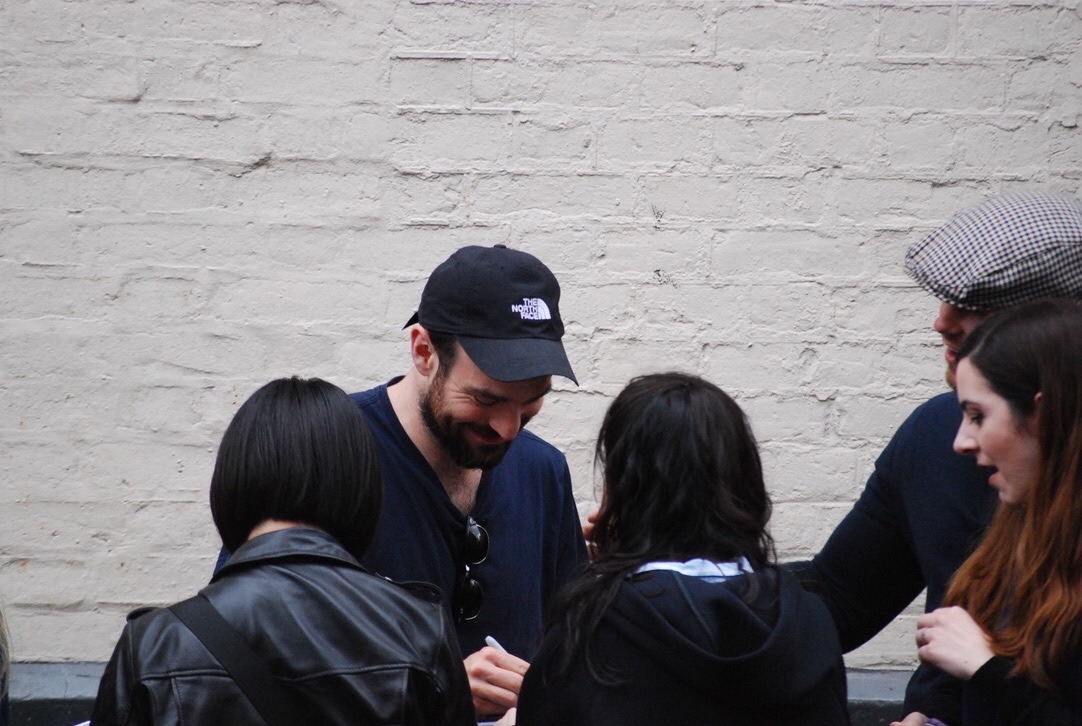 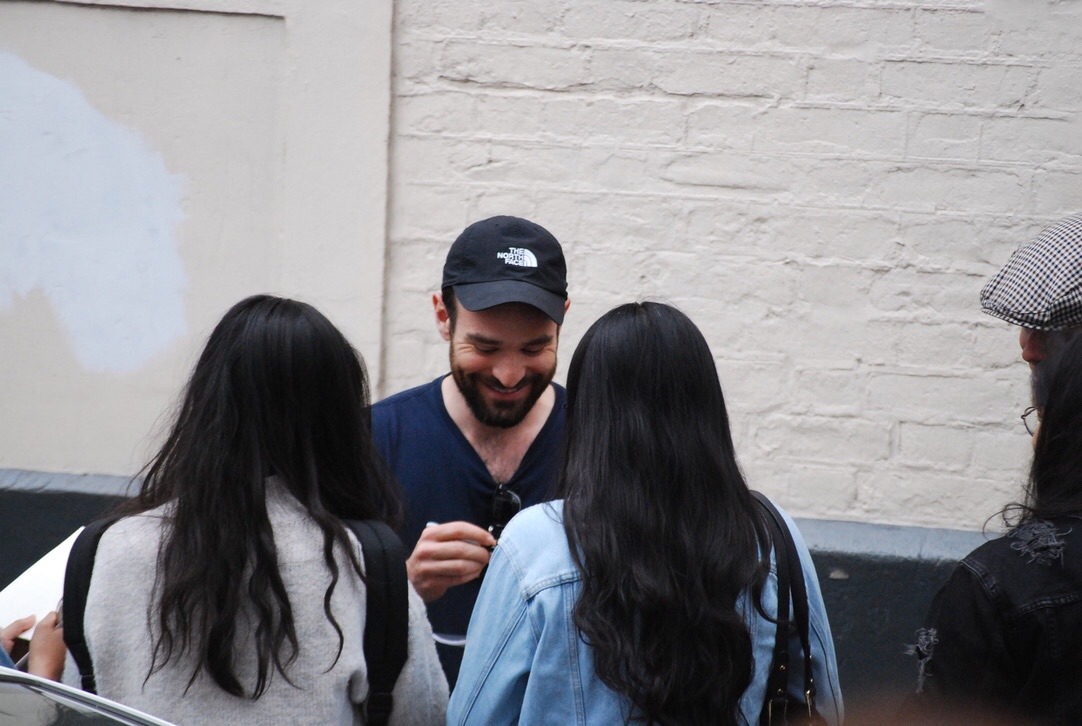 This was absolutely amazing! The play itself was wonderfully staged and brilliantly executed and I wish I could see it again!
Charlie came out to see a few people and was impossibly sweet to whoever he had time to see 💛 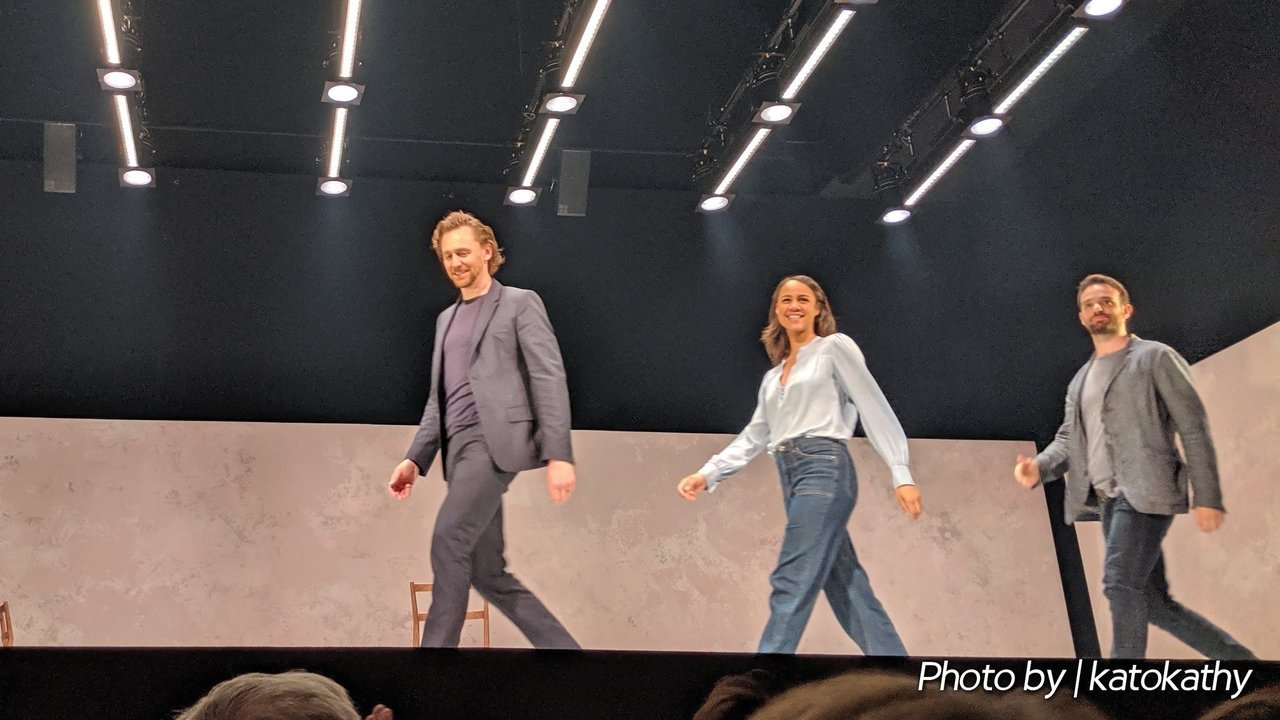 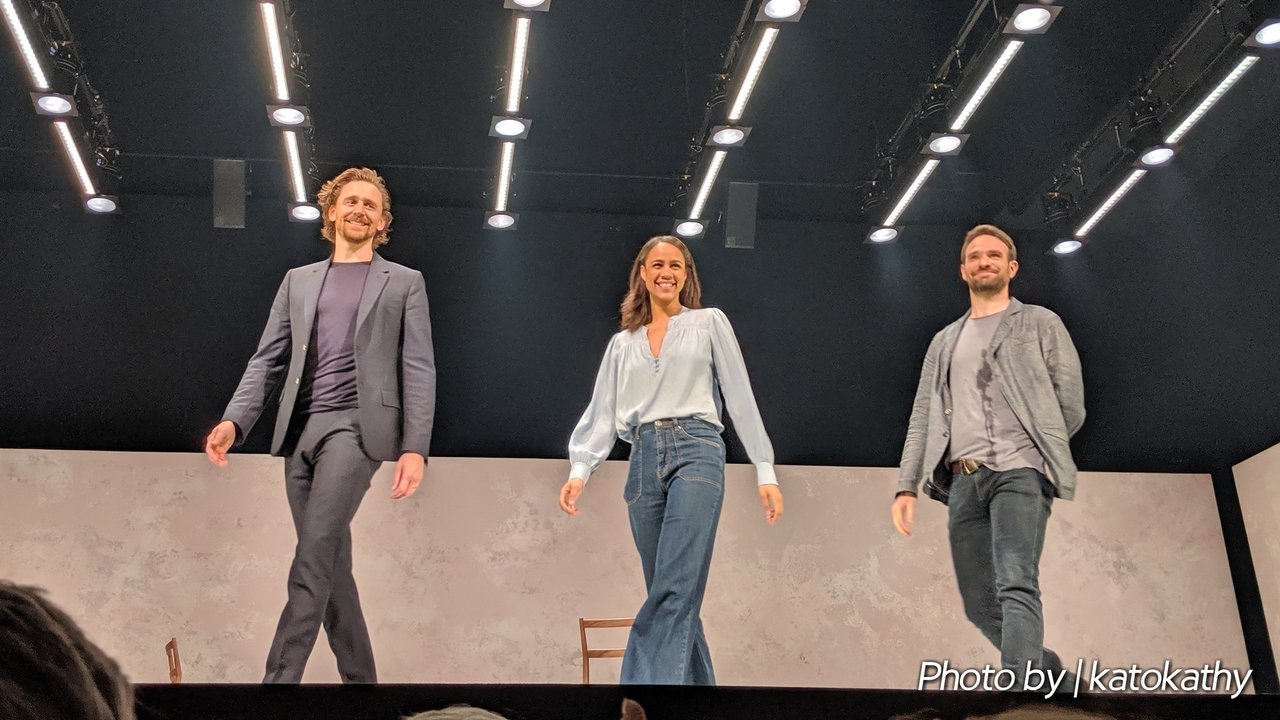 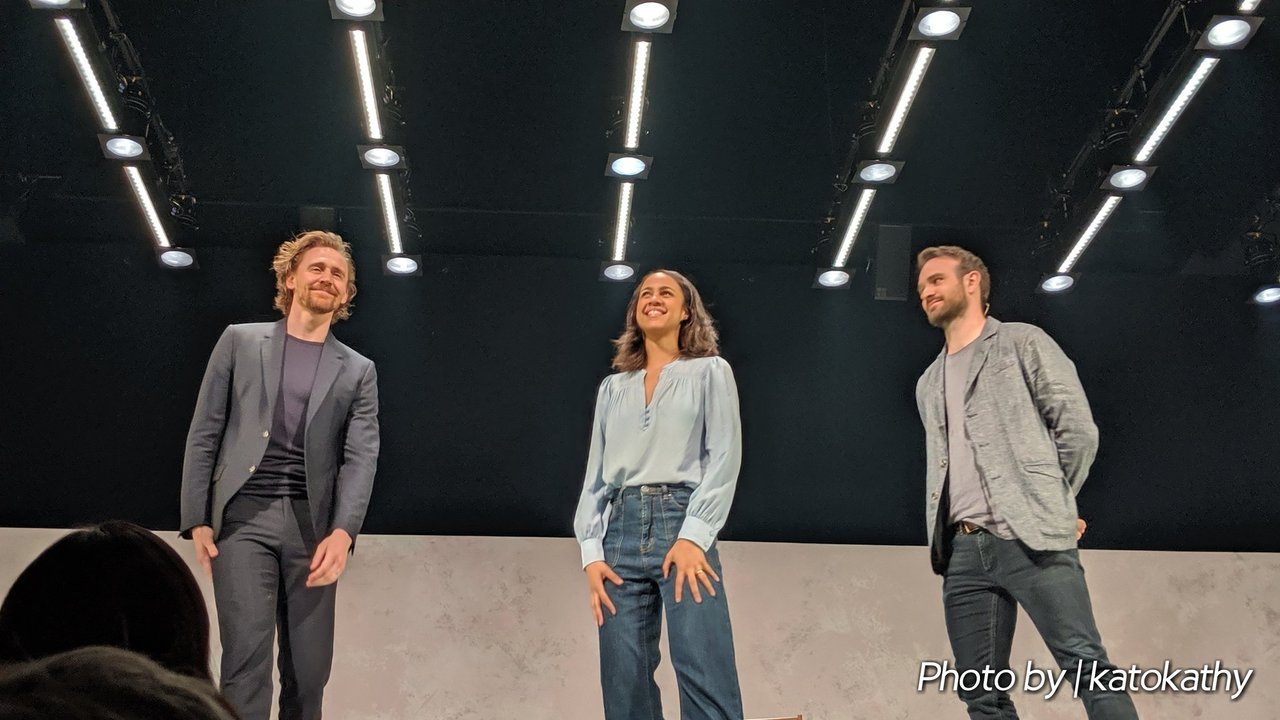 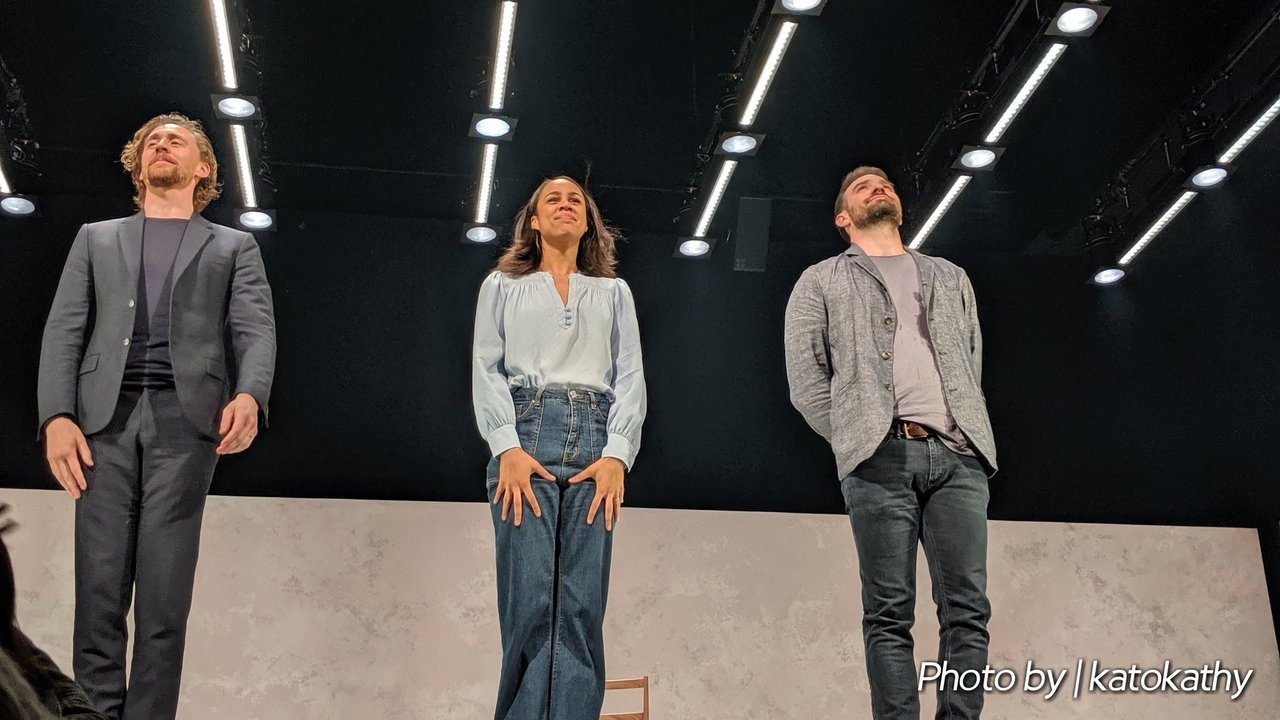 So, I kinda flew from home to London just to see Tom Hiddleston and Charlie Cox in Betrayal and well, I can assure you they are beautiful and talented 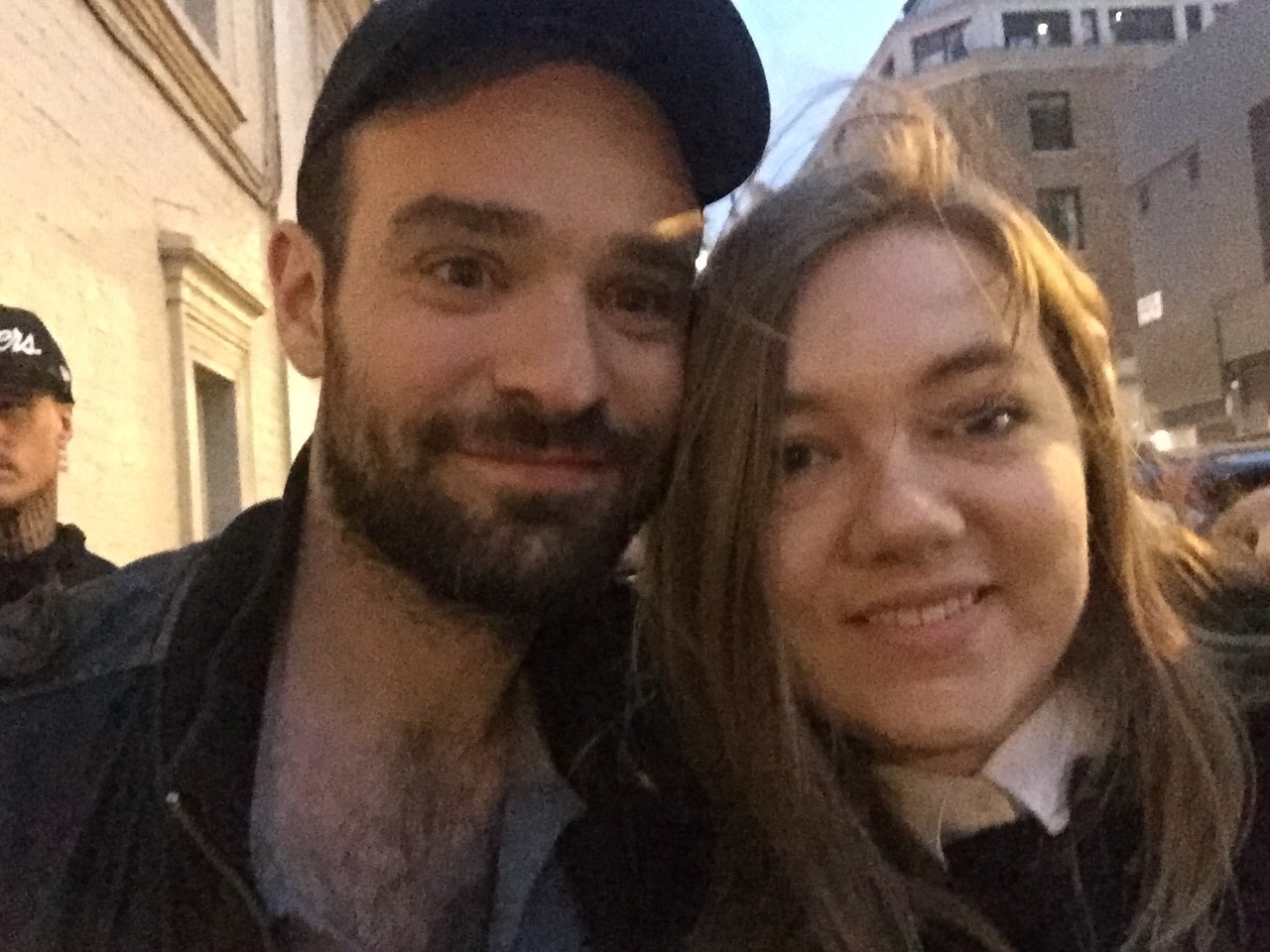 -charlie came out to sign stuff (including my defenders poster :D ugh what a legend) even though there was a little bit rain. he was so nice and talked to some ppl. the play was AMAZING i recommend you see it if you’re in london cause these are their last weeks ,,, you can buy pretty good seats for just £15 from 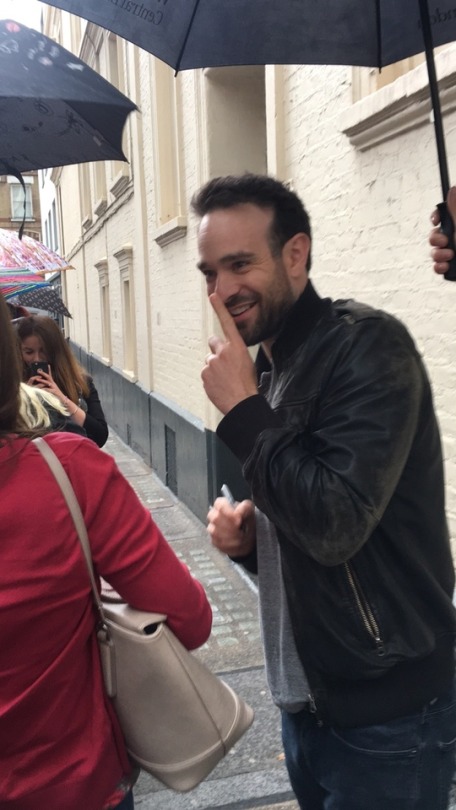 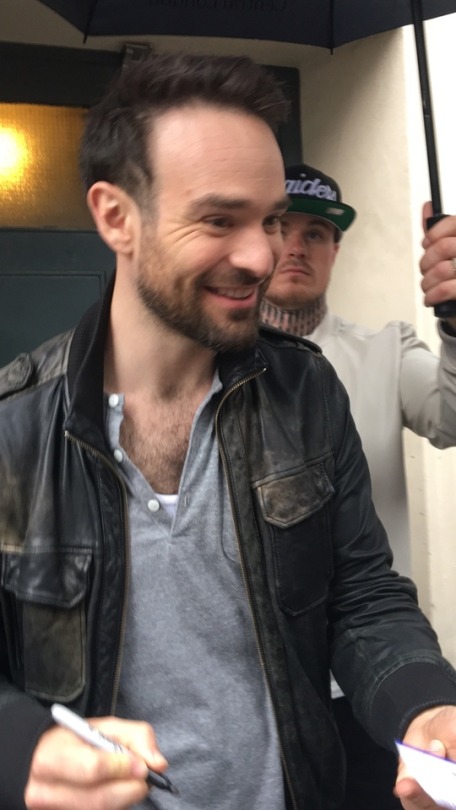 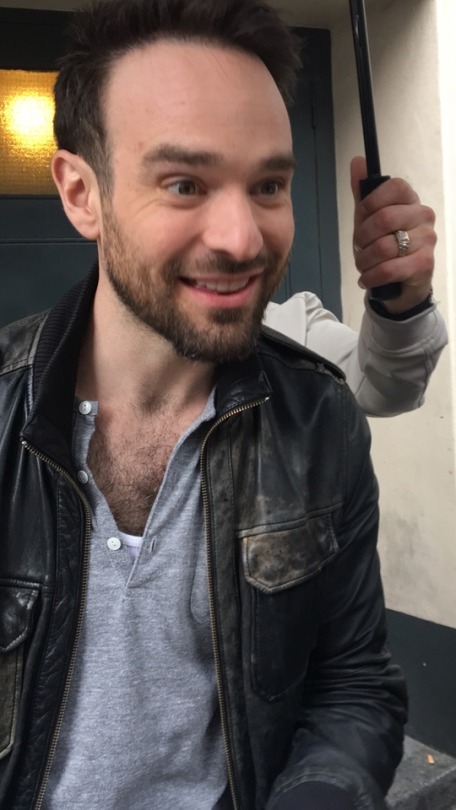 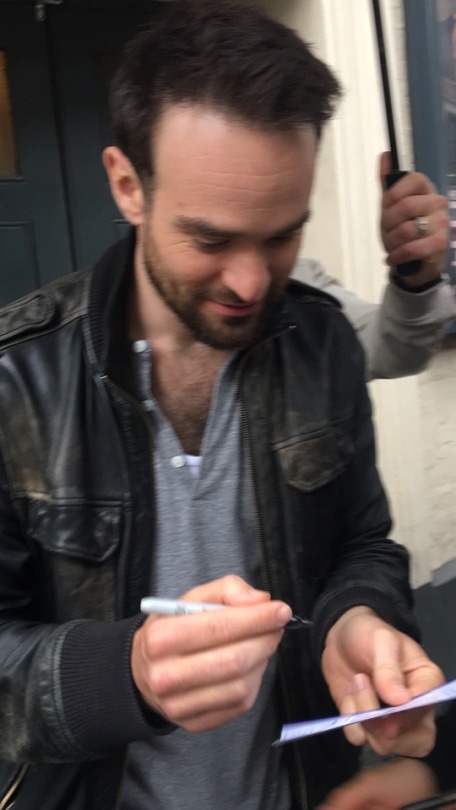 charlie on 18th of may after betrayal the play in London 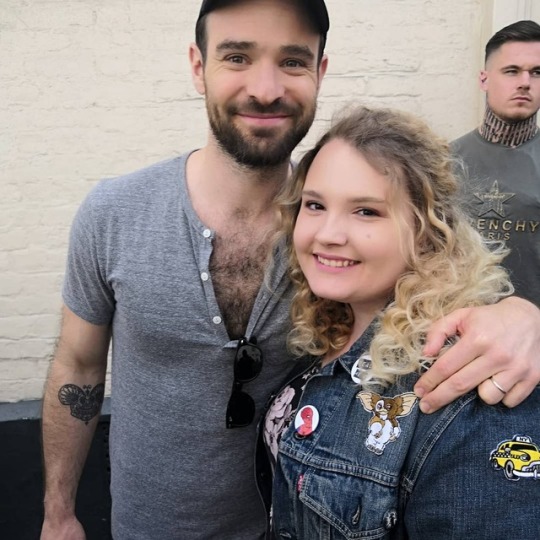 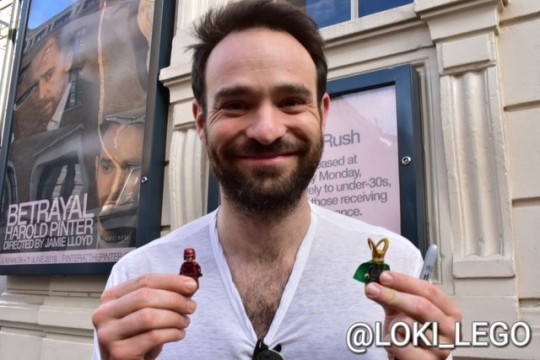 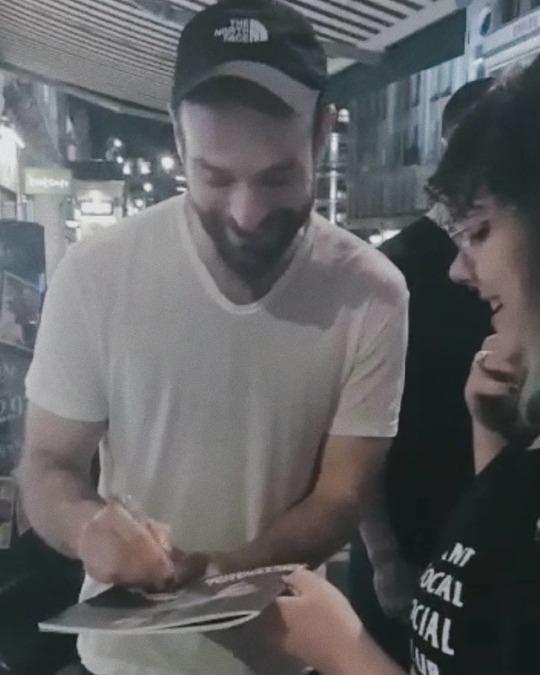 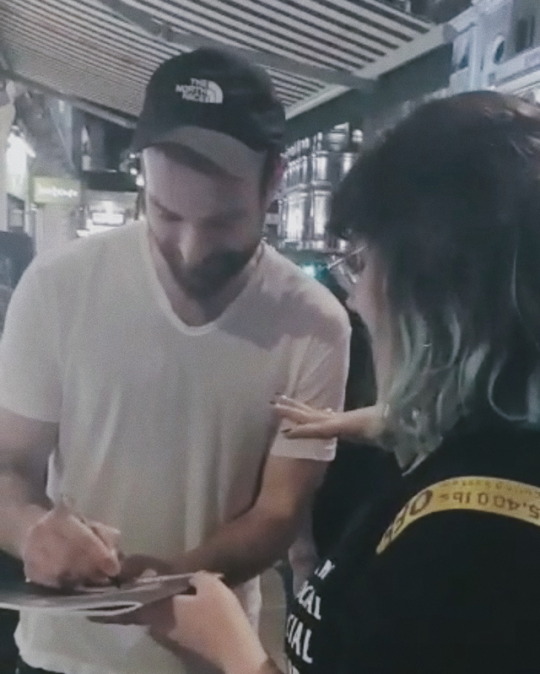 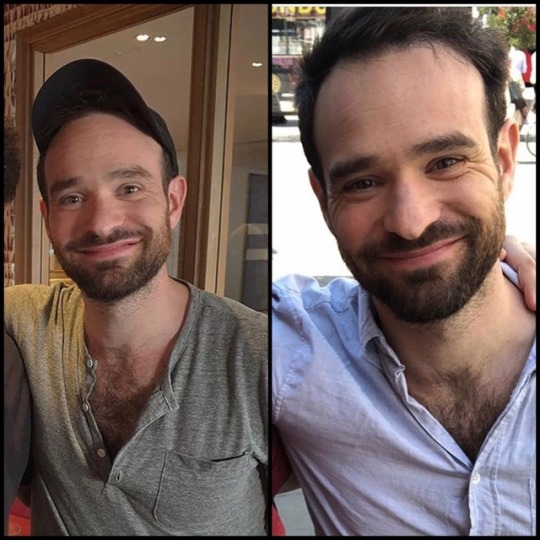 Third time seeing Betrayal! This time I managed to meet Charlie who was very lovely and very kindly autographed my copy of the play. Now I have the complete set from all three actors!

This time I sat in the front row in the dress circle, which actually offers better views than most seats in the stalls to be honest. I was also sitting on the far right of the theatre, whereas I’ve only ever sat at the far left before, meaning that I got to see the same things from different angles, thus giving me another perspective compared to what I’ve seen in previous showings. The play itself just keeps getting better and better, and it’s so frustrating that they can’t film it because of copyright issues or whatever.

There were some changes and subtle differences which really helped to improve an already stellar production. Angry eating scene was just as epic as always, and now features even more menace and loaded wording from Tom’s character. Scene 5 on the other hand, where Robert finds out about Emma’s affair, was a lot more drawn out this time, and to great effect. Before they kind of just sped through it, but this time they really managed to wring out maximum heartbreak and anguish. I could even see Tom crying! 10/10, would bawl again.

I’ll be seeing it again for the fourth and final time on closing night on 8th June. If anyone wants a programme picking up, just let me know. <3 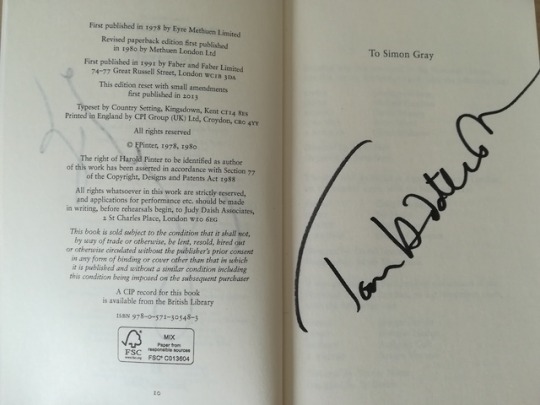 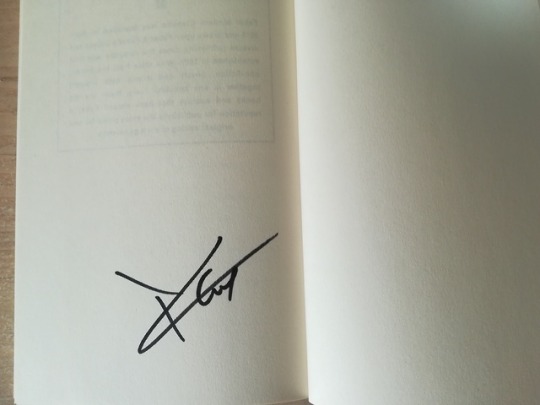 The umpteenth review of Betrayal 🤘🏼

Soooooo, I went to see Betrayal today. And I have to say: all the raving reviews are true. Tom, Zawe and Charlie are fantastic, and so is the supporting cast.

I heard them do warm-up before the show (when I was on my way to the loo of all places), and hearing the enthusiasm and happiness in their voices was almost as magical as the play.

Now, I don’t want to go into raving and swooning over the whole play thing, because that has already been done so many times. (Okay: Rave, swoon, OMG! Whaaaaaaarrrggghhh!… Right… I’m Done.)

I want to talk about what happened after; when people started to leave during applause, even before Tom, Zawe and Charlie came back for a second bow.

People were standing up, trying to push through rows of still sitting, applauding audience members. It was so disrespectful, both to the members of the audience who were trying to give the actors their due by applauding, and to the cast.

My attention was rudely taken away from what was happening on stage and redirected to the people rushing to get to their desired spot in the autograph/photo queue.

Then, the actors came up onto the stage for the second time, and as I looked back at them, I happened to see Tom’s face. His gaze flew toward the people who were standing and pushing for other people to stand up and let them through, noticing them immediately.

Oh my god, did he notice!

And, oh my god, was it heartbreaking to see. The realisation of what was happening (again, because there’s no doubt in my mind that most shows must have played out in similar fashion over the past few months), and then a hardening around the eyes and jaw, and staring straight ahead, over the audience, and not looking back at them anymore, with his smile still firmly in place.

And just like that, part of my enjoyment of the play had been taken away, and replaced by annoyance. How can anyone be so disrespectful to three people (plus supporting cast) who just gave their heart and soul on stage for the past few hours? The least that you can do, as an audience member, is show your appreciation for their hard work and its fantastic culmination by staying until each and every actor is off the stage after second bow.

Having been able to witness the talent, joy, and passion of these actors from up close has been a privilege. Something to remember for the rest of my life. But I can’t unsee what happened during the applause. It is something that will probably stay with me for a long time to come.

So, in conclusion; please don’t leave before applause is over. The actors do notice your bad manners, even if you think they don’t because you’re in the darkness and they’re standing under the lights.

Everyone who went to see the play and did wait until the end before making your way to the queue: All the kudos to you.

I chose to not stand in line for autographs/photos. The memories of the play are enough for me. It was magic.