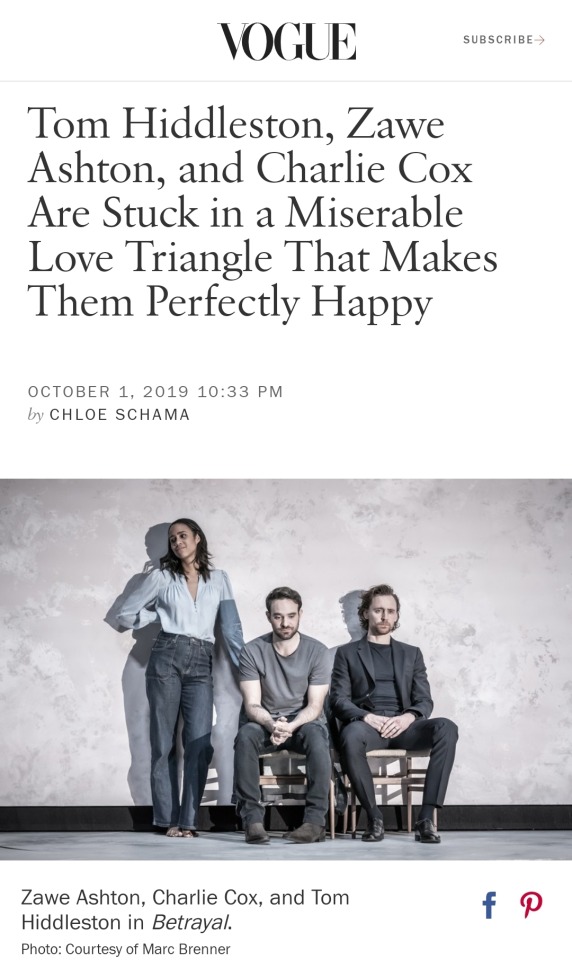 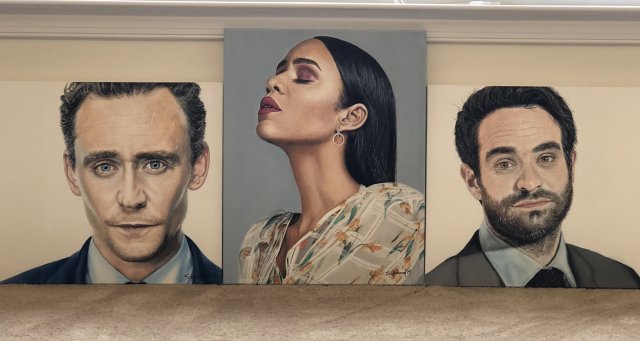 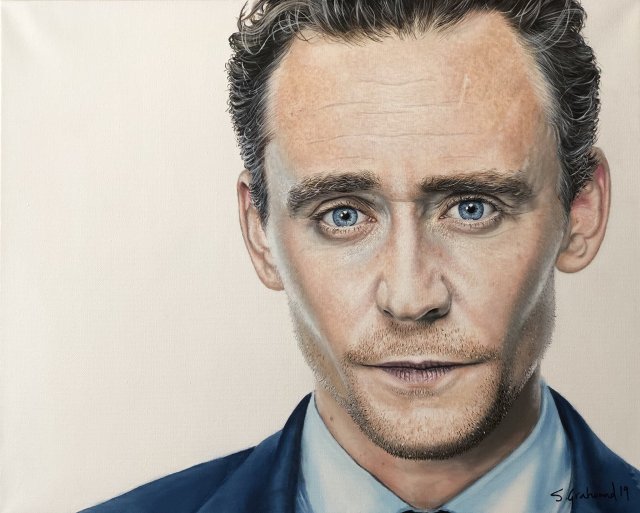 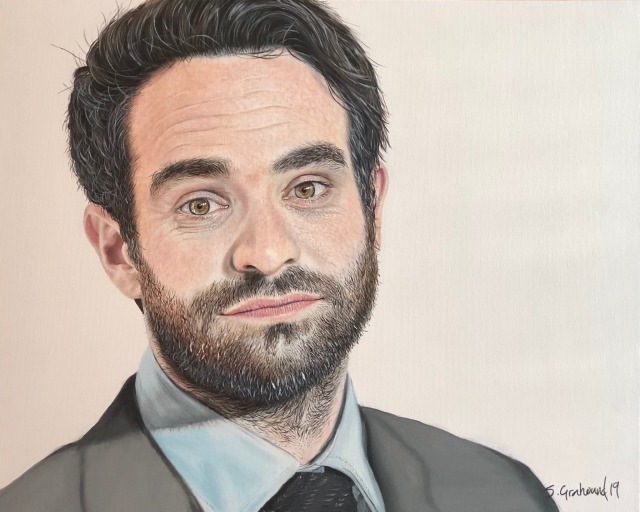 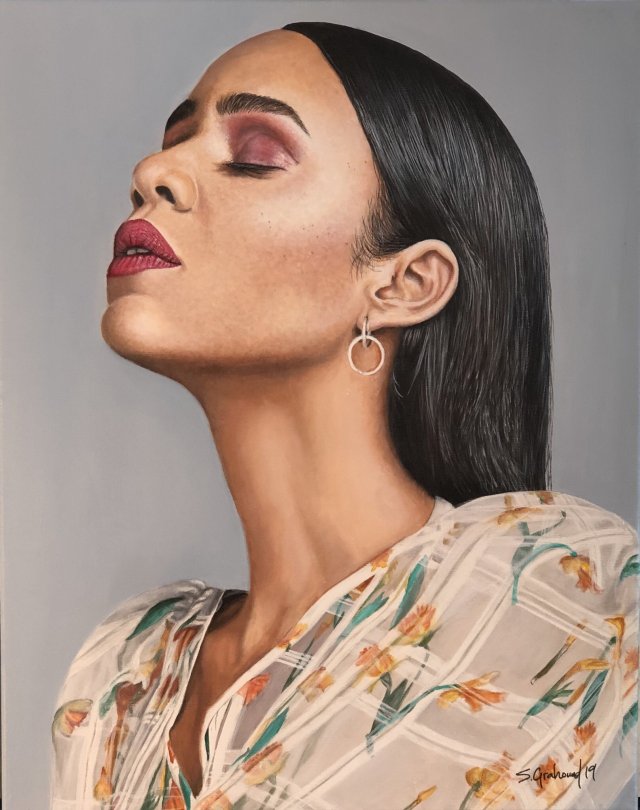 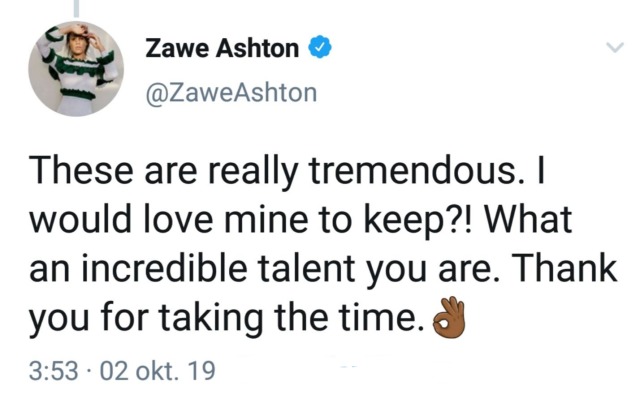 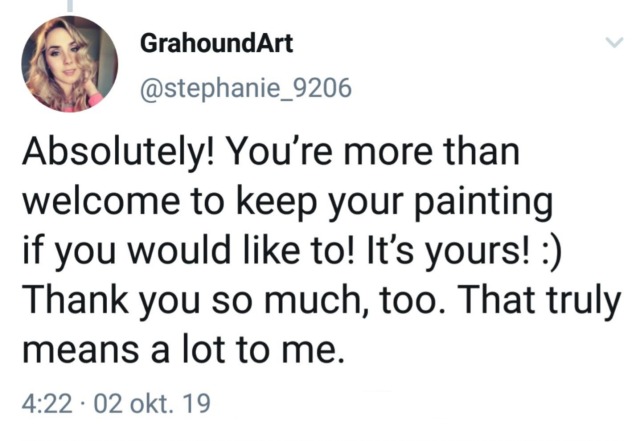 Zawe Ashton, Charlie Cox, and Tom Hiddleston sit down at a back table of a midtown Italian restaurant and launch into it.

“Are you getting a starter?”

“We’re not doing this on purpose,” Hiddleston assures me, although their staccato rapport bears an uncanny similarity to dialog that Harold Pinter—in whose Betrayal the three are currently starring—might have drafted. “Sometimes, you just find yourself re-creating his rhythms.”

I hadn’t actually assumed that there was anything staged about their chatter. It seemed more like the results of months of close collaboration and a natural intimacy. The current Broadway production is a transfer of a West End show from last year; the three actors have been performing together since March, but their association began earlier than that.

In October 2018, Hiddleston and Ashton participated in an Intelligence Squared debate pitting Tolstoy against Dickens. Hiddleston dramatized the part of Levin from Anna Karenina; Ashton played Kitty. (In an odd convergence, we discover that my father also participated in the debate.) Cox’s take when he discovered that the other two actors had met on a panel debating the virtues of two 19th-century intellectual giants: “This is going to be the worst four months of my life. Can we just talk about Friends?”

But the two men also go way back. In 2011, Cox—best known for his turn as Daredevil in the Marvel franchise—took Hiddleston to an Arsenal game at Emirates Stadium, arriving to pick up the 6-foot-2 actor in a Fiat Cinquecento. “That’s smaller than a smart car,” Cox clarifies for those (like me) unfamiliar with the ’90s-era Italian hatchback. Cox is an avid Arsenal fan—he even bought a house in the north London neighborhood of Stoke Newington to be close to the stadium—but when I ask Hiddleston if he shares the same allegiance, he speaks with the measured care of someone sensing the rabid scrutiny of a million Premier League fans. “When I was younger, in the 1980s,” he says, “I supported Liverpool, but I would never elevate myself to the level of a Liverpool fan.” 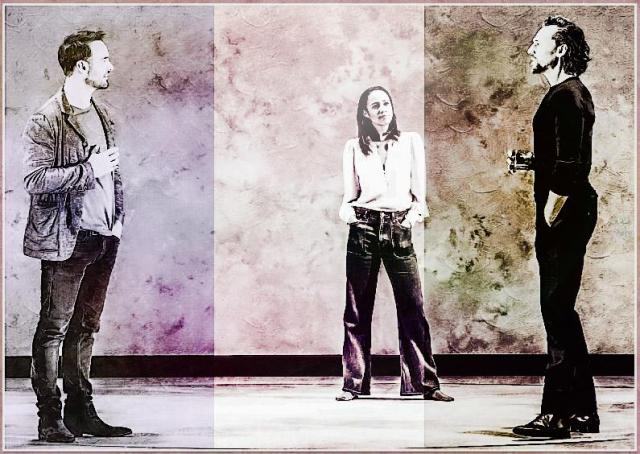 We seem to be moving backward through the actors’ acquaintance, not unlike the movement of the play itself, which begins with the cold dregs of an affair, and moves in a reverse chronological order through its more heated center and inception. It’s hard to talk about Betrayal without emphasizing this ostensibly experimental aspect of its construction, but as we speak, it occurs to me that this is in fact often the way that people tell the story of their relationship to one another: First comes the lunch order, then comes the January football match years ago, then the casting, and so on.

I had assumed that this version ofBetrayal, when it first appeared in London, was part of a season of Pinter plays performed at the Harold Pinter Theater in London and directed by Jamie Lloyd, but it turns out that its origin was more fortuitous. Ashton and Hiddleston had been brought in to perform a scene at a gala commemorating the playwright’s birthday, and at the conclusion, Pinter’s widow, Lady Antonia Fraser, turned to Hiddleston and said, “It was wonderful, that scene, perhaps you’d like to do the whole thing?” And then they were off—led by Lloyd, who, Hiddleston says, the actors inherited “match fit” from his season of directing the Nobel Prize–winner. Cox was tied up when he was first approached to play the third point of the tortured love triangle, but when he became available, he leapt at the opportunity. “I just googled ‘Betrayal word count,’ and then said: I’m in,” he jokes.

Continuing the backward momentum, I leapfrog further, discovering that all three actors grew up in London: Ashton in Hackney in north London, around the corner from the house where the playwright lived most his life—“There’s no membrane between me and Harold,” she jokes—Hiddleston in central London and then Wimbledon, and Cox south of the river, in Victoria. Between the three, they have covered a lot of the capital’s geography, so I ask them about the role that the city plays in Betrayal, a fourth factor in the love triangle, the characters traversing the city to reach the secret Kilburn flat where they’re conducting the affair or visiting posh Hampstead houses. Does anything get lost in translation among American audiences? “We never get a laugh with Kilburn, and we never will!” says Ashton. “It’s such a London-centric piece. Especially in our production, which is more conceptual in design, you’re asked to imagine a lot.”

But if the three performers are London-bred (and based), they have taken to their New York residencies. Hiddleston lives near Central Park, a location he chose so that he can run there every day: “The first time, I thought there was a race on—turns out, people just run in New York.” (Though he ran the London marathon once, he’s not planning on repeating it in New York—“probably wouldn’t be able to do the show afterwards,” he muses.) Cox has settled for the time being in Tribeca, where his routine is structured by preschool drop-off for his three-year-old daughter, Elsie, and weekly visits to the Russian and Turkish baths. Ashton is busy preparing for a production of a play of her own, for all the women who thought they were Mad, which has its U.S. premiere at Soho Rep later this month. She rattles off a list of shows she’s seen or would like to see—Ain’t Too Proud, Slave Play, The Inheritance—and all three chime in with exuberant appreciation of the energy of Broadway. “The density of the lights,” as Ashton puts it, “the collective energy of all the people in the vicinity.”

“I love entering the theater through a stage door that’s the door for three other theaters,” says Cox, and Hiddleston, too, seems to appreciate the on-top-of-each-other architecture of Broadway theaters. “Before the show, I open my window, and I can hear the audiences coming in for Ain’t Too Proud,” he says, “and the usher telling them to ‘step this way.’”

“I keep getting told off for being too loud when I leave,” Ashton interjects. “It’s clearly a quiet part of The Phantom of the Opera. But even that’s delightful.”

With such palpable enthusiasm, and since we’ve also covered the beginning (birth, childhood) and the middle (their friendship, the play), I ask them about the (hypothetical) end: Gun to their head, if they could only do film and television or theater for the rest of their life, which would they choose?

Reluctant silence, followed by some grudging admissions. “In terms of the lifestyle,” Cox says, “I don’t think it gets better than the theater. I spend all day with my family. On a Thursday, I leave the house at 6:30. I get out of bath time.” And then there’s the iterative rewards of performing the same lines night after night. “There are changes you get to make over the course of a run, you can subtly shift your performance to make it richer,” he adds.

“We’re in a play that was written a long time ago by a legendary playwright,” says Ashton. “And we’ve brought something fresh to it. You can do that in theater.”

Hiddleston takes the longest to weigh in. “I know in my bones, I feel like a creature of the theater. But I’ve had very meaningful experiences on film sets as well. But we’re very happy.” Ashton interjects: “Rehearsing this play was one of the happiest experiences of our lives.”

The three actors are unlikely to be able to perpetuate this mutual contentment beyond the play’s run. Hiddleston is scheduled to begin work on Loki after spending the holidays in London with his family. Ashton will be busy with the two productions through the fall, and Cox is unsure of his next project. (Dealer’s Choice, he answers quickly, when asked about his dream role: “I’m just about getting to the right age to play one of the characters.”) I suggest they find another wrenching play about love gone awry to keep them content. “It’s true,” says Hiddleston. “I remember doing Othello in London, and people in the audience would be in floods of tears. And then they’d come backstage and we’d all be laughing. There’s a cognitive dissonance.”

An assistant arrives to inform them that it’s time to prepare for the show. All three stand up and depart, more than happy to perform their nightly tragedy.

When I first saw Harold Pinter’s Betrayal in its first Broadway production in 1980, it had a high-octane cast with Raul Julia, Blythe Danner, and Roy Scheider in a naturalistic setting. The current Broadway revival (the third since then) at the Bernard Jacobs Theatre takes a different tack. Directed by Jamie Lloyd, it transplants the London cast for a production that is spartan and less obviously starry, but altogether riveting.

The play presents the classic love triangle involving Robert (Tom Hiddleston), his wife Emma (Zawe Ashton), and their best friend Jerry (Charlie Cox). Using reverse chronology, it begins with Emma and Jerry reconnecting for a drink two years after their seven-year affair has ended and ends with the moment it was sparked. Sometimes that approach, as with Sondheim and Furth’s Merrily We Roll Along, is problematic, but not in Pinter’s hands.

Lloyd dispenses with virtually all scenery and chooses to keep all three onstage the entire time, even when there are only two characters in a scene. As a result, the dynamics of the affair (and the sense that there’s always another in the relationship) are clear to see. This austere approach couldn’t work without extremely precise direction and acting. The three actors each have the beautiful, lithe bodies of dancers who don’t miss a step in their moments, even on turntables.

Hiddleston, the marquee name in the mix, thanks to the Avengers movies and The Night Manager mini-series, is intense and skeptical, with a closed, narrow face. Cox is more trusting, with a broader, open face. Their friendship is perhaps not as deep as they avow, more professional than deeply personal, their squash games a sign of competitiveness. Ashton, of African-English parentage, has a feline quality that sets her apart and shows the strain of the triangle for “the other woman.” As it turns out, there are multiple betrayals, with secrets within confessions, and conflicting memories of what took place.

The famously Pinteresque pauses apply here, though with less menace than in The Caretaker or The Homecoming. (Take them out, and the 90-minute intermission-less drama would be even shorter.) There’s not flash in this production, but the satisfaction of seeing Pinter’s words brought into sharp relief by acting and direction of the highest order.