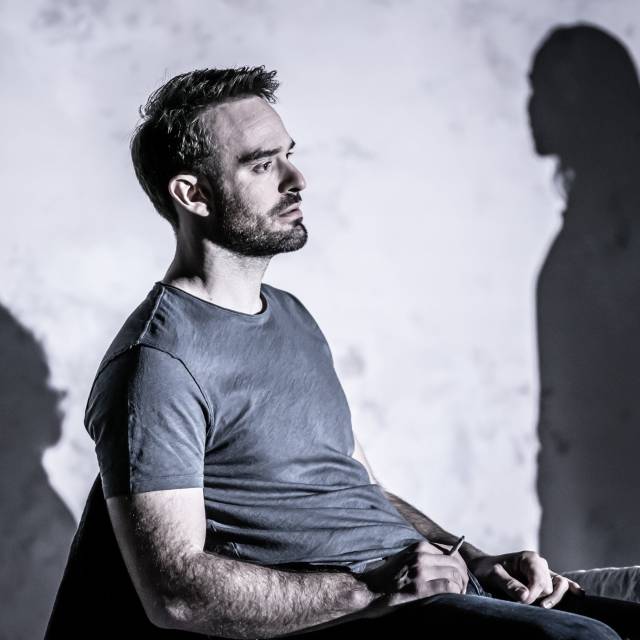 Charlie Cox is making his Broadway debut alongside Tom Hiddleston and Zawe Ashton in the latest revival of Harold Pinter's Betrayal. The Jamie Lloyd-directed production quickly transferred to Broadway’s Jacobs Theatre from the West End with the U.K. cast. In honor of the limited-run show being half over, Cox stopped by Broadway.com LiveatFive to talk about Marvel fans, drinking too much water during the 90-minute play and more. “It’s still pretty overwhelming,” he said to Paul Wontorek. “I’m still pinching myself, actually. It feels like it’s been a decade and a weekend at the same time. It’s gone by very quickly and slowly at the same time. [The show] was never supposed to transfer; that was never part of the plan.”

Having started rehearsals for Betrayal in February for its London run, Cox has spent almost a full year with his co-stars in two different countries. “They are now dear friends of mine,” he said. “Anyone who’s seen the play knows it’s so intimate and that the subject matter is very delicate but also funny and painful and emotion. Thankfully, we all get along really well. Zawe [Ashton] actually calls us a Broadway throuple.” 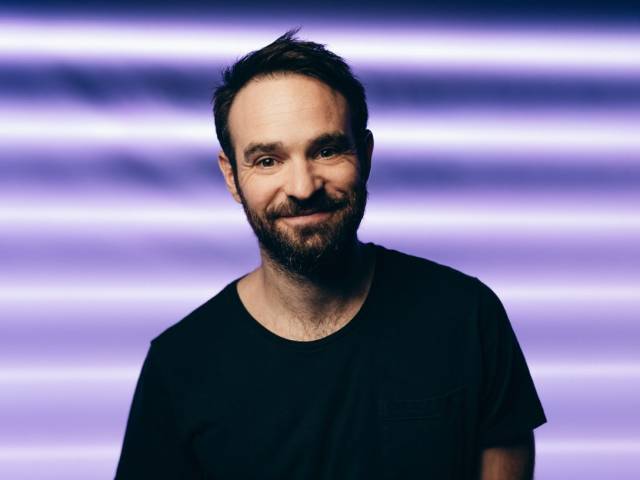 Cox is arguably most known for playing the titular role in Netflix's Daredevil series, and now he’s sharing the stage with another member of the Marvel Cinematic Universe thanks to Hiddleston’s turn as Loki. “A lot of people have told me they booked tickets with absolutely no knowledge about the play because of the three of us,” he said. “I think they’ve been surprised by how moved they were by it. One lady came up to me after the play, and I think she was joking but she didn’t have an air of humor, saying, 'I want to make sure I understand. Daredevil is sleeping with Loki’s wife?’ and I laughed and just nodded. If that works for them, then why not?”

As much as Cox loves Broadway, there’s no chance he’ll ever be seen in a musical. “I would love to do a musical, but I am tone deaf,” he said. “In drama school, I had to describe my singing background and I said that I was tone deaf. My teacher said that most people think they are and aren’t, but after I said she’s like, ’You might be.’ But being in New York on Broadway is the best. Me, Tom and Zawe, literally each night walk on being like, 'Broadway, baby!’ We feel like we’ve tricked our way in.” OK, if anyone is still wondering whether Charlie Cox is the sweetest human being on the planet, let me just remove all doubt…He saw my Save Daredevil shirt in the audience at Betrayal on Thursday and Friday nights and he INVITED ME BACKSTAGE because they didn’t do the stage door signings either night!!!!

More details, if you’re interested… I went to Betrayal on Thursday night (excellent show!), wearing my Save Daredevil shirt and sitting near the front of the theater. Afterward the cast did a toast to Harold Pinter’s birthday onstage. When we got outside, the barricades were not up and security told us the actors would not be signing at the stage door that night. I was disappointed, of course. But I had one more night in New York, and no big plans, so I decided to go back again on Friday night because the show really was that good and I’d have another chance at the stage door. I wore my shirt and sat near the front again.

Well, as it turned out, they were not going to be signing on Friday night either. The barricades were up, though, and we were all waiting. A security person came outside and yelled, “Is there a guest of Charlie Cox here?” and no one spoke up. Then he came back again a bit later, yelling, “Is someone here wearing a Save Daredevil shirt?” and I said I was! He told me to get out of line and they brought me inside the theater and to the waiting area backstage.

Then Charlie came in and said he saw my shirt both nights and felt bad because he knew they wouldn’t be signing either night. So he gave me playbills signed by all three actors, and he hugged me and we talked for a few minutes and I WAS DYING!!!! (He actually had to be the one to take the photo above because I couldn’t do it!) He asked me if I’d seen what the Save Daredevil campaigners who came last week had done with getting Tom Hiddleston on video — and it was just super clear that he loves the campaign very much!

So, Charlie deserves every bit of love and support. He is the just the kindest and most thoughtful person! Please keep fighting to SaveDaredevil!