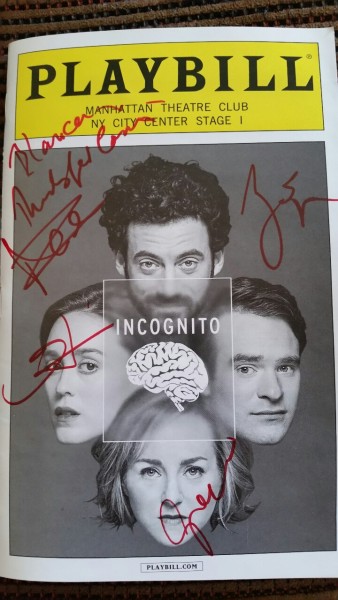 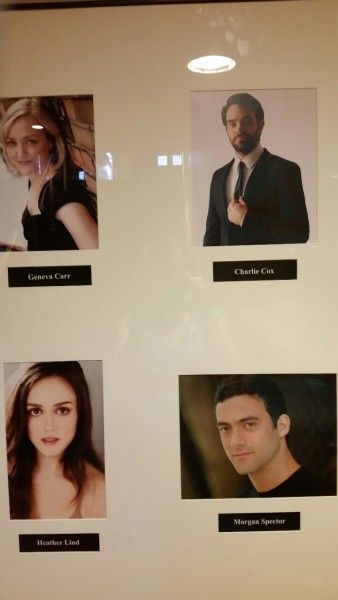 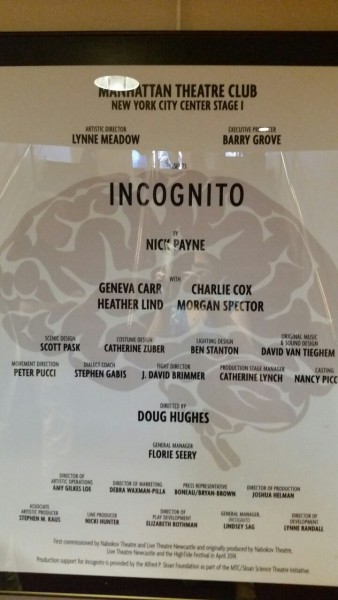 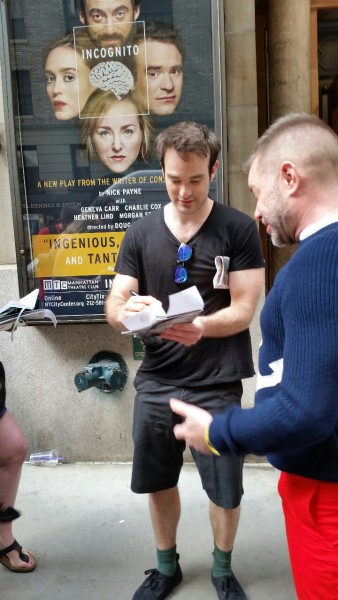 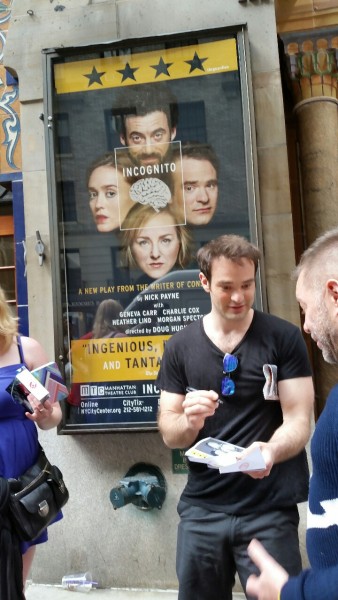 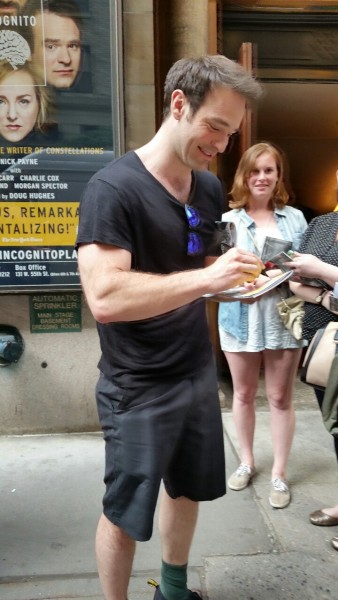 I saw a brilliant play this afternoon called Incognito play at the New York City Center and met the cast afterwards, including actor Charlie Cox of the Netflix series “Marvel’s Daredevil.” The play also stars Morgan Spector, Heather Lind and Geneva Carr. The cast play multiple characters in three intertwined stories centering on the mystery of the human brain, identity and memories kept and lost. In the most heartbreaking story, Charlie Cox plays a British newlywed named Henry who suffers severe short-term memory loss after he undergoes brain surgery to cure his epileptic seizures. He remembers nothing after the surgery and has difficulty relating to his wife Margaret, played by Heather Lind. His doctor, played by Morgan Spector, continue to treat Henry after his wife’s untimely death in childbirth and, many years later, introduces an elderly Henry to his granddaughter Martha, played by Geneva Carr (Hand to God.) 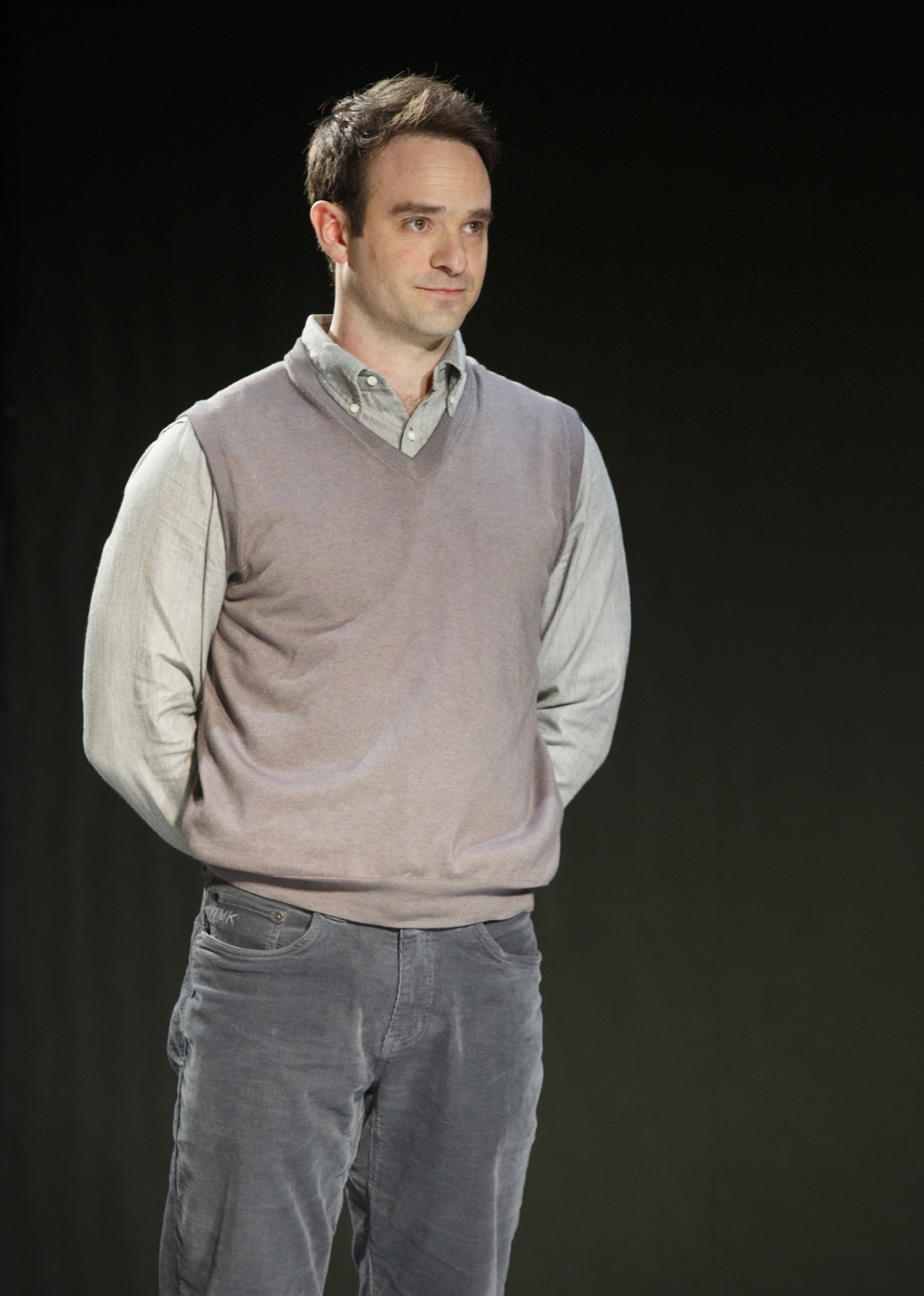 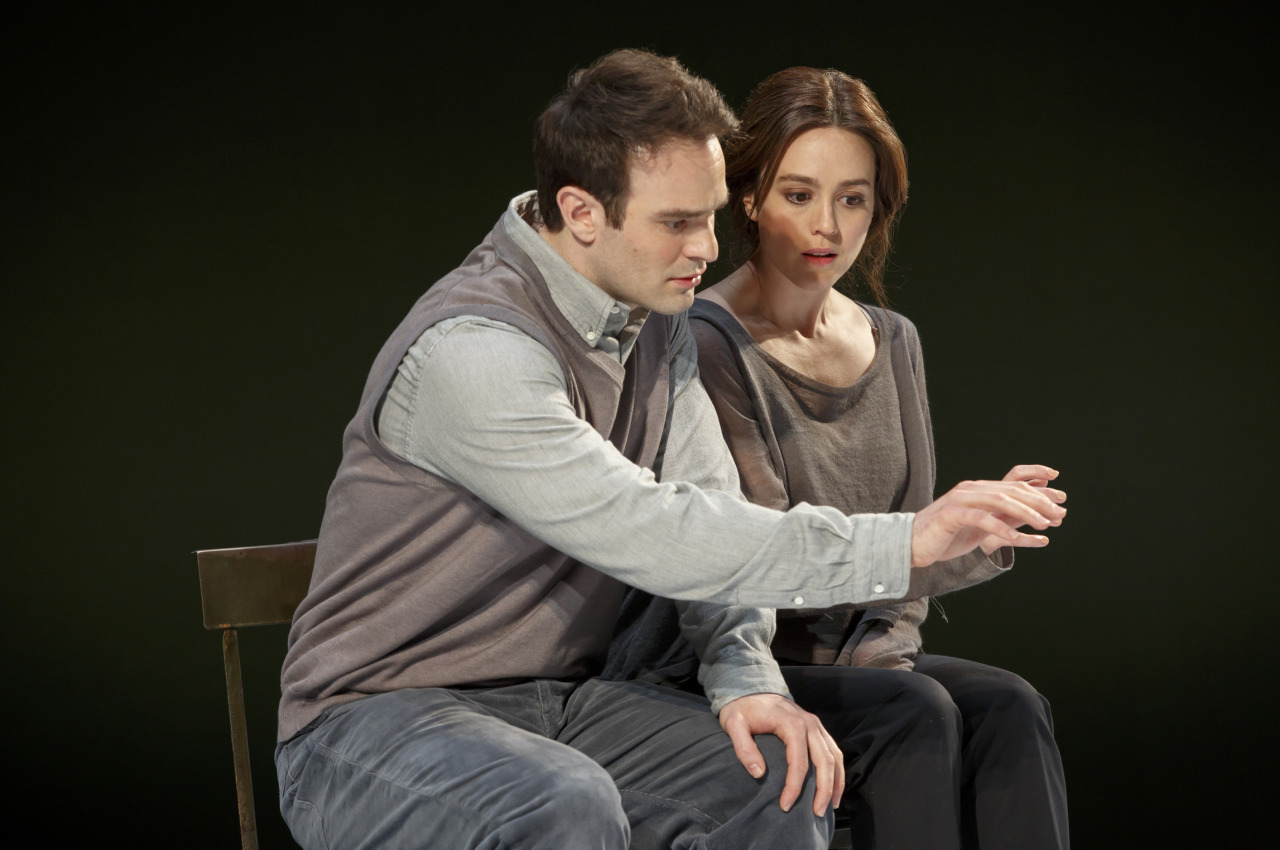 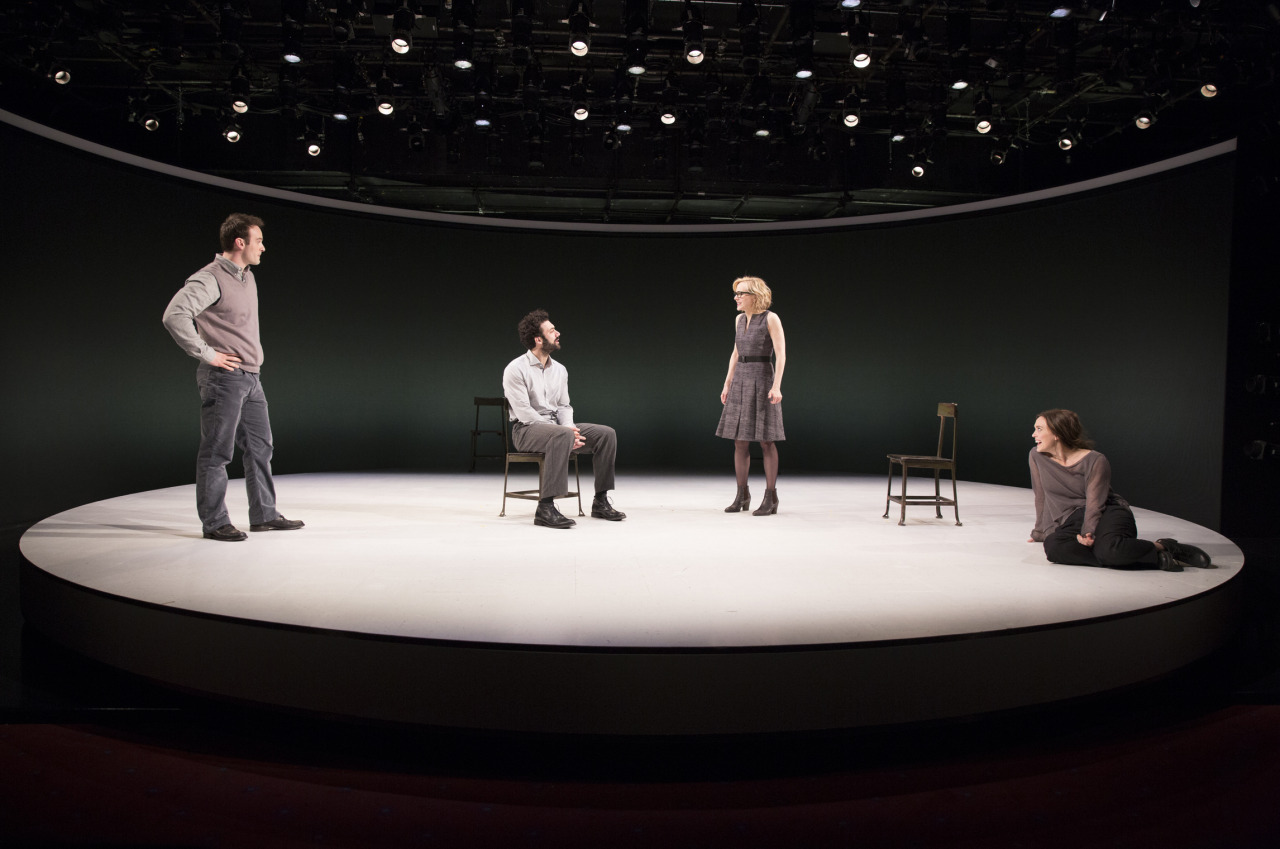 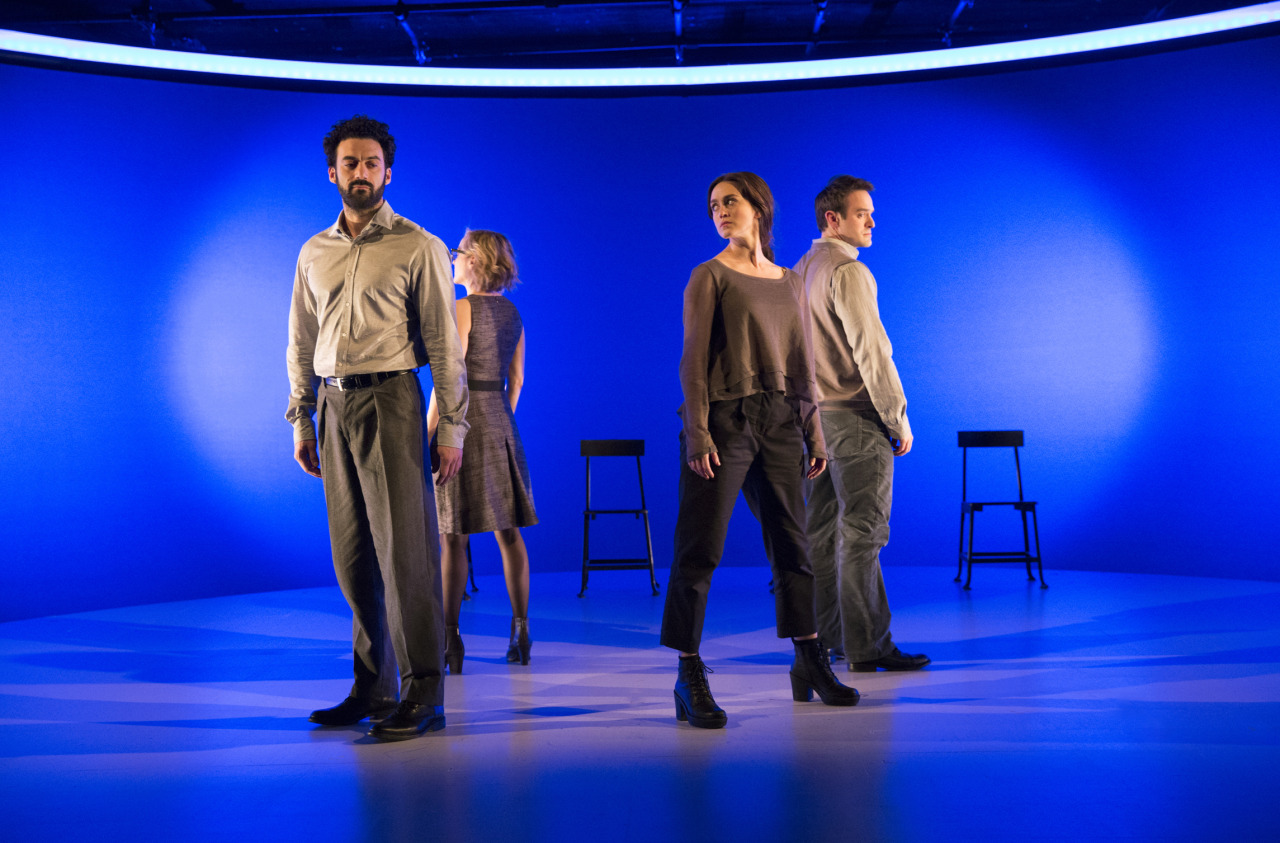 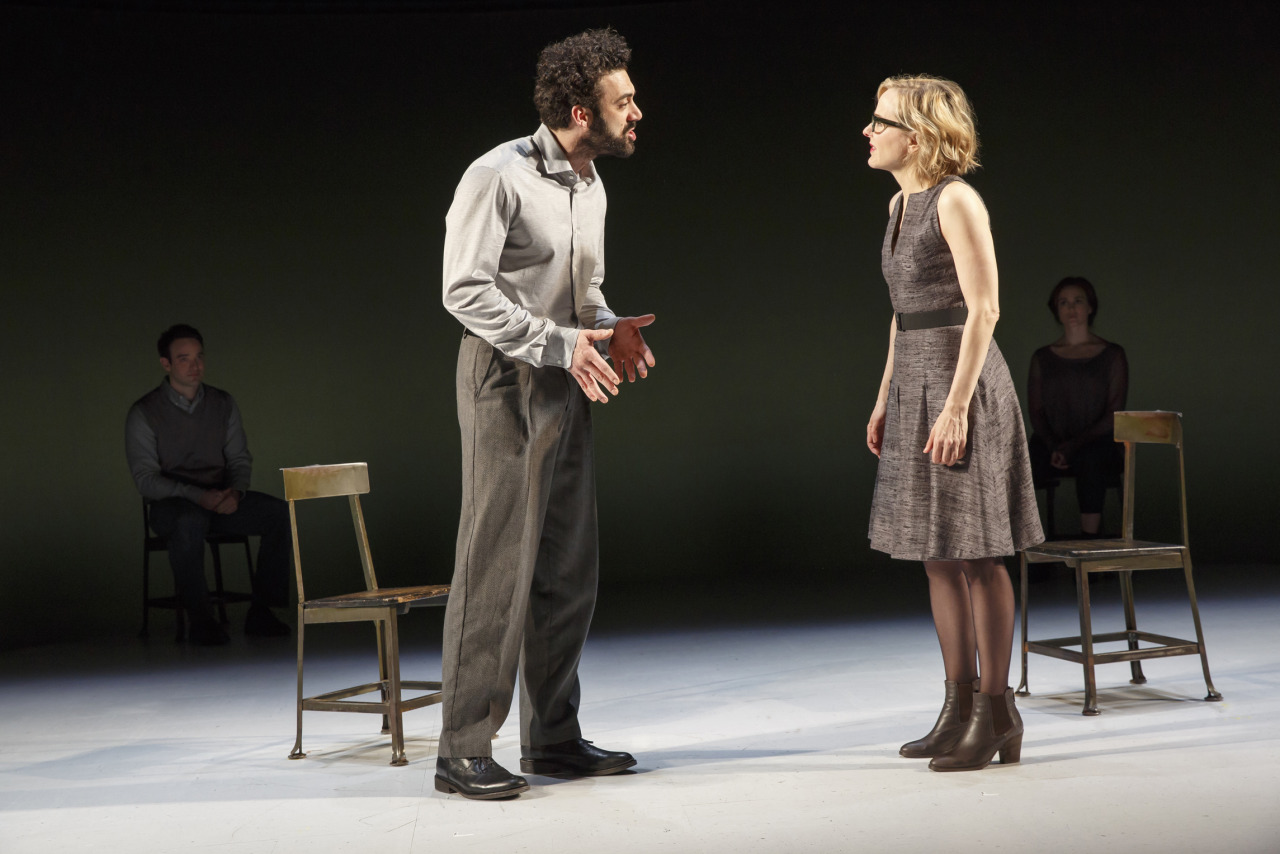 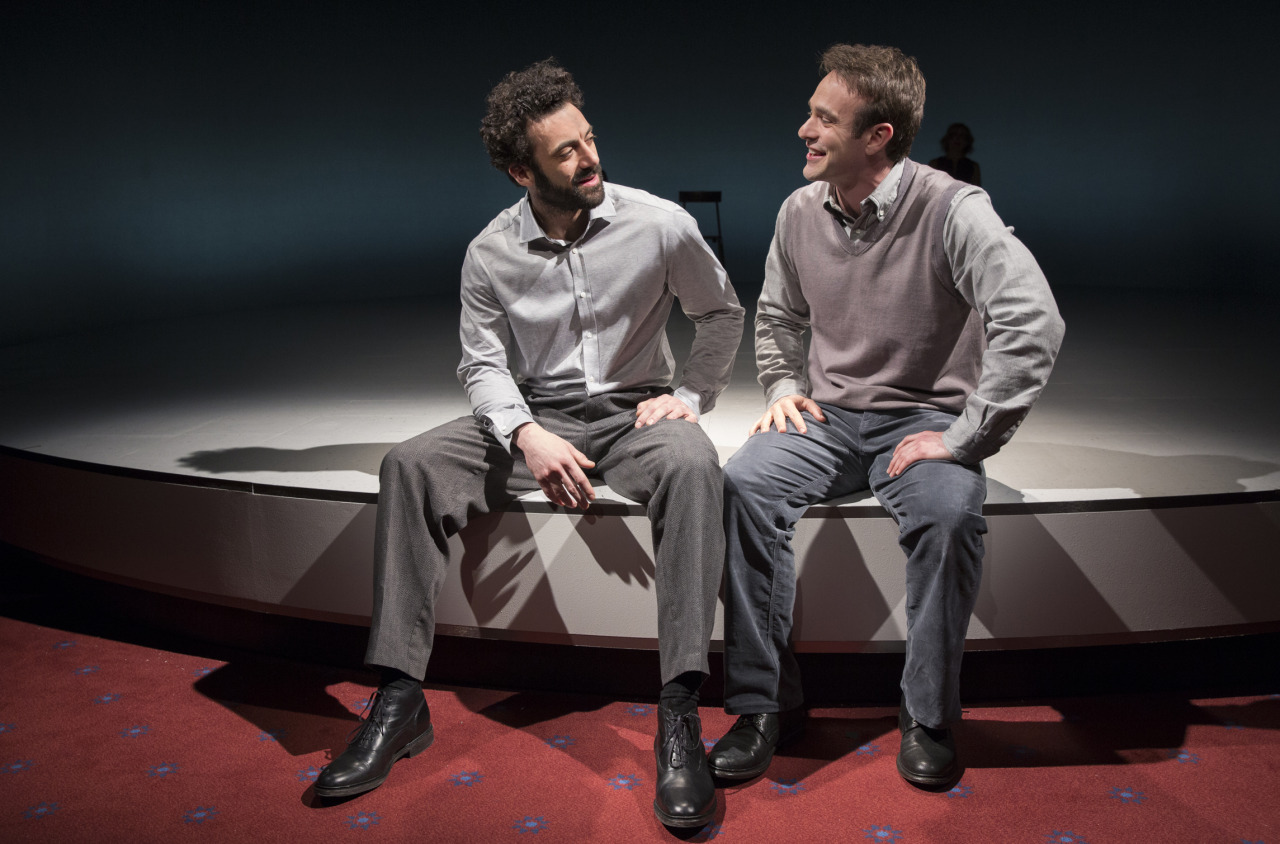 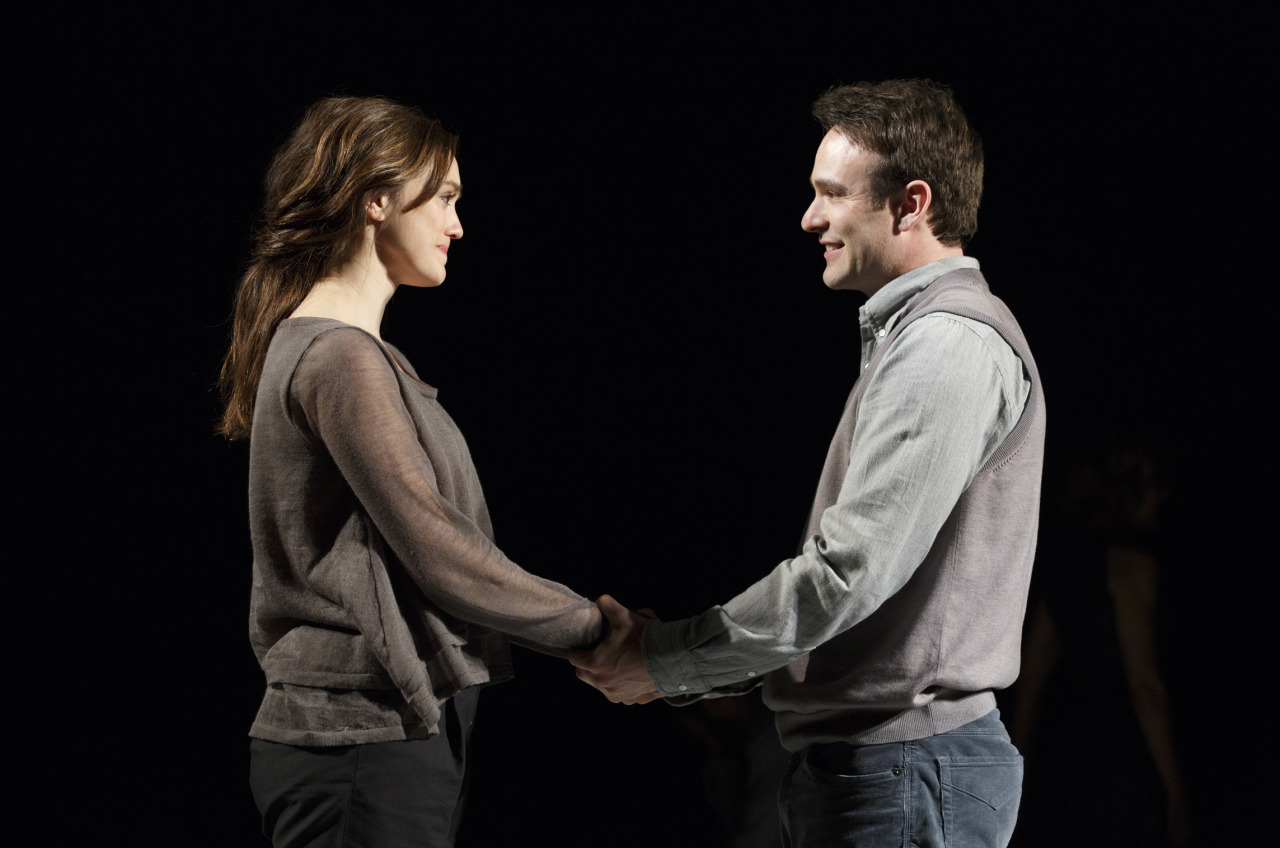 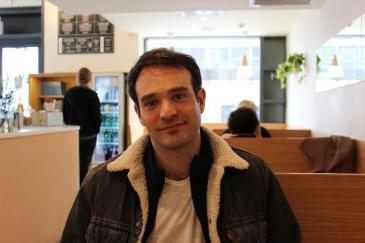 As the blind lawyer Matt Murdock, Cox consistently creates a performance that balances the brutality with moments of tenderness and sensitivity. After completing his successful season two of Daredevil, Cox is now about to embark on his first American theatre experience in the Off Broadway show ‘Incognito.’

What excited you about returning to the theater?

CC: One of the main reasons, I just remember, it’s such a lovely life for an actor, doing  a play. When you’re doing TV and film, you shoot a different scene every day, so you’re consistently having to prepare,  because you’ve consistently having a different scene coming up, you’re never… you’re very rarely reshooting a scene, almost never. And with the theatre, in a play, once you’re up and running, the work is done, pretty much. And you can make some changes, and you’re adapting, and you’re trying to keep it fresh and all those things.  I’ll do a show on Sunday afternoon, and I’ll have Sunday night, all of Monday,  all of Tuesday until 7 pm. It’s so nice. You’re working, so you have… not much… (laughs) but you have some money coming in. But you’re not constantly having to prepare.