listen i don’t ship them at all     (*not my description)
but karen’s annoyance and anger are on BEHALF of matt  (?)
because he has led her to believe that the vigilanteism is bad for him  (?)
he has led her to believe he doesn’t want to do it  (?)
or she wants to believe this so much?
and that going back to it will ruin his life
she cares about him  (?)
and look at that last gif
when he says ‘this is my life’
there is acceptance on her face   (or she jist shocked by his sudden resistance?)
kind of like 'geez matt why didn’t you say this before?’
and yes i get that matt is conflicted
SO CONFLICTED
but you can’t blame karen for acting on the information she was given  (really?)
the moment he starts telling her the truth
she backs off her angry words
she wants him to be happy
and she would love it if he would stop lying to her (and himself)
* khm... great description from constantly lying Karen

*at least until Karen makes it about her and starts questioning whether Matt is lying to her again. (I realised during this fic that when Karen is antagonising Fisk in s3, she comes at her fear of Matt being dead as making it all about her, why isn't he calling ME, why isn't he thinking of ME, has he betrayed ME, and her growing anger, and now it makes sense why that scene rings so true lol.) God bless Foggy for being the voice of rationale and reasonable support and love. ♥
*Karen does bring everything back to her, and of course she's going to do it here again

I should get going. I don’t wanna miss my window.

Karen said the reason she didnt tell Matt is because she likes that he treated her so innocently
and now hes just like see you later, kill people if you need to

Notice how he puts on his glasses when she walks in? And Foggy… well. Foggy is family.

love Karen’s “what is it, to be a hero?” monologue because on one hand it’s super inspirational and beautiful but on the other our protagonist literally cannot look into the mirror to see that he is a hero because he’s blind. Like part of me feelings like Karen did that intentionally because she was still pissed at Matt. 😂

somehow Karen forgot how many times Matt saved her life

Both Foggy and Karen, the only people currently in Matt's life who knew of Daredevil who weren't toxic (lookin at u stick), both treated Daredevil as if he were an addiction for Matt to fight than an integral facet to Matt's identity, so it's not really a surprise that he was willing to die under the building with the one person who accepted Daredevil as he was. 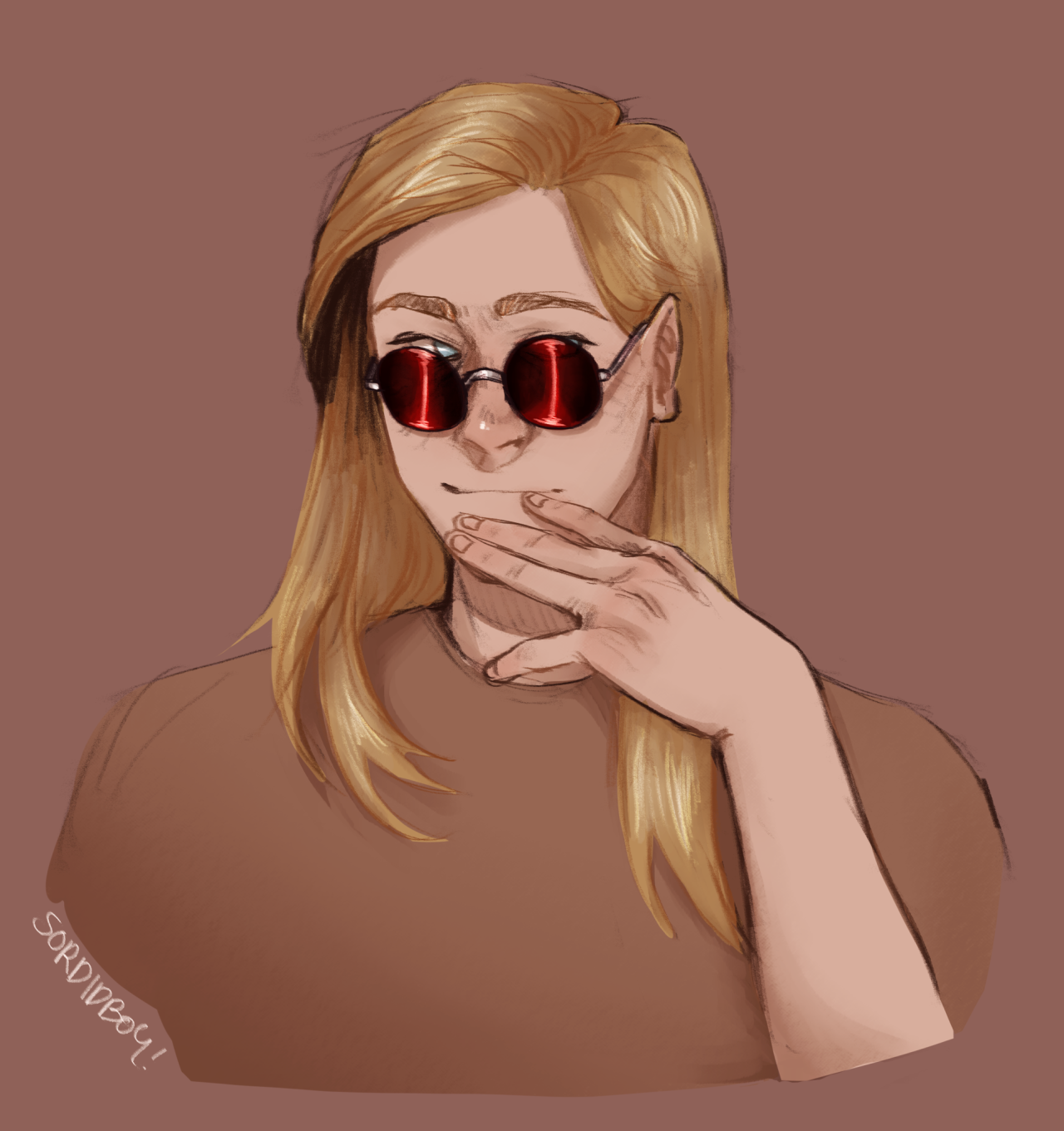 I’m still not sure who’s hustling who here.

Because Matt was a romantic. She could see it in everything he did. He had a passion for his work and life unlike anyone else she had ever known. Foggy had the morals and the desire to help, but Matt was the driving force in Nelson & Murdock. Karen knew that without Matt, everything they were as a company, as friends, would not exist. If left to Foggy’s beliefs, she would probably be in jail. Or dead.
Why Karen Page's Standalone Episode Was So Important For Daredevil Season 3
https://www.cinemablend.com/television/2460210/why-karen-pages-standalone-episode-was-so-important-for-daredevil-season-3 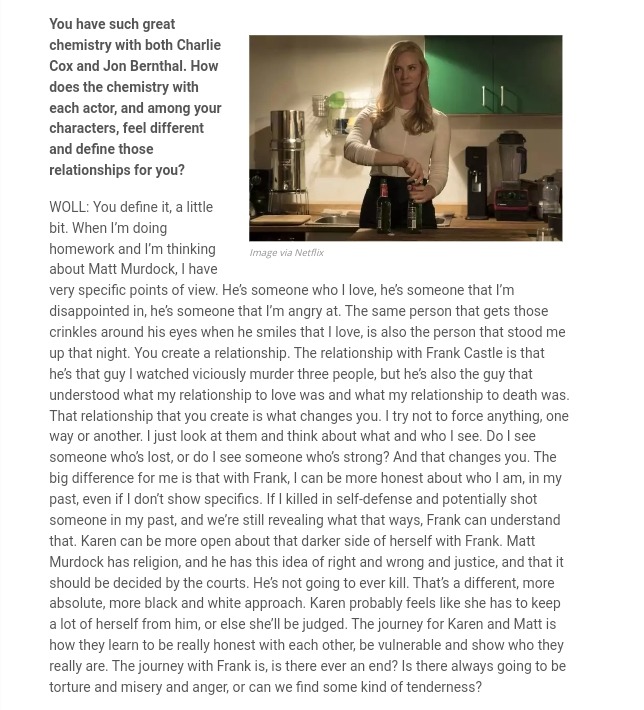