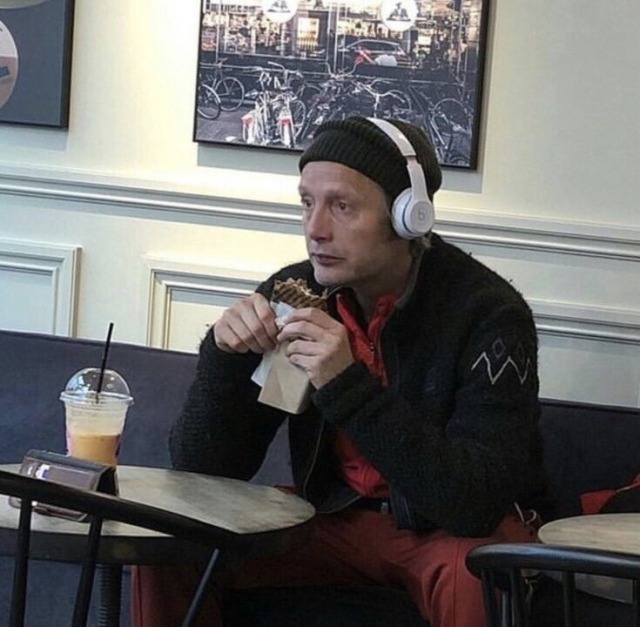 “It was a strange challenge. I had a former career as a dancer, and Thomas wanted that to be part of the film —but it was 30 years ago! Thomas wanted the scene to be ambivalent, to see a man who wants to fly and wants to fall at the same time. I was reluctant; I was afraid it could be pretentious in a film that’s so realistic. I eventually realized Thomas was right; dance was perfect for that. It’s not so much about the aesthetic of dancing, it’s about the inner journey of this character. He’s lost something dear to him, and also gained something dear to him, all within an hour. We wanted that reflected in the dance. I hadn’t danced in 30 years and it was tough and I was sore, but it felt liberating.”

MADS MIKKELSEN as Martin in ANOTHER ROUND (Druk) dir. Thomas Vinterberg