This day four years ago:

He's made a name for himself playing troubled characters.
It might not be glamorous, but it's the type of role he enjoys best. 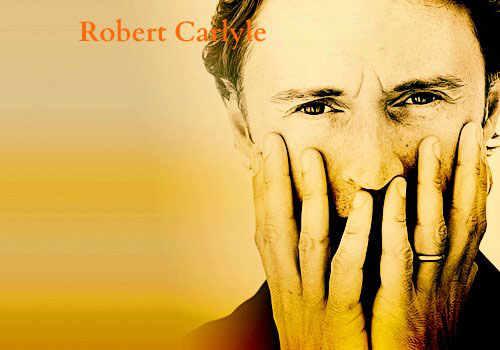 IT is easy, in these days of mass-produced celebrity, to forget there still exists a small number of actors who have something magical about them, an intense quality to their presence that makes them entrancing on screen and enchanting in real life.

Robert Carlyle's response to any allegations of "magical presence" would almost certainly involve some discomforted fidgeting and a suggestion, probably utilising the word "f***", that one should pull one's self together sharpish. But never mind, he has it anyway.

We meet in what has, somewhat comically for a man raised in neighbouring Maryhill and who remains entirely lacking in airs and graces, become his local: the exclusive, refined Hotel du Vin at One Devonshire Gardens in Glasgow. The Maryhill Tavern it is not.

He's dressed in jeans, a pair of rather cool pointy boots and a leather jacket (he's got a weakness for boots and leather jackets, he confesses) which makes him smell nice in that clean, masculine way leather has. He is famous for playing hard men, but I'm struck immediately by a gentleness to him. He suggests we retire to the "bothy" so he can smoke.

It is a bothy only in the Devonshire Gardens sense and we're soon ensconced on comfy sofas beside a fancy-looking, flame-effect heater. This will become a prop for a miniature acting lesson (as in how not to produce an authentic performance by "rehearsing to f***" beforehand with an inanimate object).

Carlyle doesn't, it rapidly becomes clear, approve of over-rehearsal, or indeed anything that holds up the business of simply getting on with acting.

"I like to work spontaneously, impulsively," he clicks his fingers with a sharp snap. "Bang. It's done. Don't worry about it. You've got to trust yourself. It's really important. It takes a long time, but you get there."

This energy is one of the things that makes him so engaging, everything he says is acted out physically. There's nothing impassive about him. Throughout the interview he changes physical position constantly.

He doesn't just respond to a question verbally, but with his whole body: he'll snap his fingers or slap the chair arm to emphasise point; he'll recline right back, hands behind his head, contemplating a response; he'll tense up recalling with a fleeting, but thrillingly scary, look in his eyes one of the many psychopaths he's played. He leans in so close at times, drawing me in with his storytelling, that at one point we're just inches apart.

It's a form of communication that brings what he's saying to life in a way words alone never could, and takes you into whatever world he wants to, and it's partly this that gives him that special presence, makes him just a bit more vivid than most people. Talking about Leonard Rossiter, whom he's hoping to play in a biopic, he explains: "He's got so much energy and dynamic that I can understand him. I know where that comes from."

He enjoys observing people, just driving round Glasgow, sometimes seeing some flamboyant character who reminds him of one of his roles. "It's a big part of an actor's life and it's something which fame gets in the way of, because suddenly you're the observed."

Yet he gives the impression of someone who can equally easily melt into the background. "Aye, people wouldn't know I was there necessarily," he says quietly.

The power to become invisible, as it were, his ability to blur his boundaries, to make Robert (Bobby when he was younger, Bob now to his friends who, to his indignation, insist he's "too old" for Bobby) disappear and become someone else, seems tied to the remarkable empathy he displays.

"In any character I play (the most important thing is] to get the honesty and the believability in there. There's nothing worse than dishonest acting or tricksy stuff. You've got to be really truthful on camera. Specially when you're trying to show someone's pain or show where their mind is."

His gaze frequently floats off as he considers some unhappy character he's played. "This sounds really stupid, but I think a lot," he says when asked what he does with his spare time. "I think a lot about my work and what I'm about to do, the projects (with) no TV, no radio, no stimulus, not a thing, and I like that. I like staring out the window as well."

He's been playing a lot of sad characters recently. His newest film, the critically acclaimed Summer, out tomorrow , has already garnered a couple of Scottish Baftas, including Best Actor for Carlyle. It is, he says "a beautiful, beautiful film", but at times it's incredibly painful to watch as it moves back and forth in time between the promise of youth and the grim realisation of a fortysomething man who's caring for his dying friend, that life's best bits have been and gone, and now it is down to nothing more than daily survival.

Later, asked if he has a favourite role, he says: "I've never said this before – but it's true – potentially the one I've just done in Summer. There was something about that, something about the character that lived with me and I understood this guy's problems. I was talking about that empathising, sympathising – and this is exactly that. You've got this guy in his mid-forties whose life has basically passed him by. I'm 47 now (so) I know what that feels like. I've been through that and it's bizarre. That wasted time. It is scary."

Having children – he's a proud father of three – has just added to his awareness of the fast passing years, he says.

He's currently working on a film by Gillies MacKinnon called Zig Zag, about two 16-year-olds, a girl with cerebral palsy and a boy with testicular cancer, who fall in love and run away together. Carlyle plays the boy's "waster" father. Samantha Morton has also asked him to play her father in a story "very personal to her" with the working title "The Unloved".

Carlyle, whose father died last year, has been playing a lot of parent roles recently. He's also starred in the soon-to-be-released I Know You Know, the remarkable and disturbing true story of Justin Kerrigan, the director of Human Traffic, whose boyhood life is turned upside down when he discovers his father is "a complete Walter Mitty character".

Given the actor's own often luridly reported childhood traumas, the mum who walked out when he was four, the subsequent moves to a series of unconventional households where many of the adults struggled with their own problems and didn't always survive them, perhaps playing these troubled parents has helped him understand some of the difficulties of those adults who let him down in his own past?

He doesn't agree. There's been too much coverage of that period in his life, he says, stiffening, and anyway, he is keen to stress that he keeps himself separate from his characters.

Yet he acknowledges that he does seem to be pulled to these roles a lot these days. And for an actor so big on empathy, and honesty ("if you don't have honesty you don't have anything") he's undoubtedly got a lot to bring to such parts. It would perhaps be more surprising were he not to find himself playing them. What was less inevitable perhaps, was that he would go on to establish such an apparently strong and happy family life for himself.

"I never projected that I was going to be anywhere or be even married, especially early on in my life. Acting was everything and you sacrifice everything for that. I was very fortunate that I met my wife (make-up artist Anastasia) at just the right time. I'm blessed I met her. I had (found] someone to accompany me in life's journey."

It's hard to imagine this family man, who relaxes by drawing – "I'm a right little sketcher" – morphing into that notorious psychopath Begbie from Trainspotting. Yet he says it didn't shock him when he found his "inner Begbie". Though it shocked his fellow actors, he recalls with a grin, the unexpected transformation prompting much hysterical laughter at the time.

What else does an actor need to succeed? "You need a toughness about you, to be adaptable, to be able to change very quickly, and to have good manners because you're going to meet a lot of people."

He's actually talking about why he thinks his youngest son Pearce will make a good actor, but it seems fairly safe to presume he's talking about the aspects of himself that he sees in the two-year-old.

"He's got a great deal of charm about him. So he's got charm, toughness a twinkle in his eye and he's very independent."

He talks about an "epiphany" he had a couple of years ago, when he was worrying about taking on yet another troubled, downtrodden role. Then it occurred to him it was like "an artist painting a series of self portraits" each character unique in their difficulties.

"I thought if that's what I am then this is great," he enthuses, eyes lighting up. "I kind of represent the downtrodden or… I'm struggling for the words… they're Everyman kind of characters. So people in the street can empathises, sympathise with what they are, what they go through. And if that's what I'm to do then I'm happy to do it."

An Everyman, perhaps, but a most remarkable and – despite that psycho stare – an enchanting one.

&#149 THE FULL MONTY: In this Bafta– winning 1997 Sheffield-set tale of unemployment, Carlyle discovered stripping holds the power of salvation. Altogether now: "You can leave your hat on…"

&#149 HITLER: THE RISE OF EVIL: If you're going to specialise in baddies, they don't come much badder than this. Carlyle's portrayal of the Fhrer in this 2003 CBS TV mini-series was hailed by the US press as a "bravura performance". 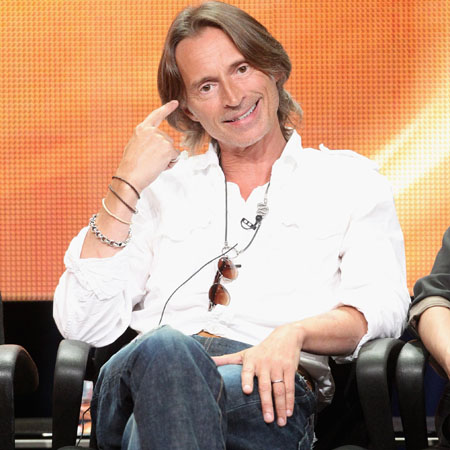