you can read this article here;
http://www.sundance.org/festival/article/5-things-you-should-know-about-the-making-of-california-solo/

5 Things You Should Know About
the Making of California Solo 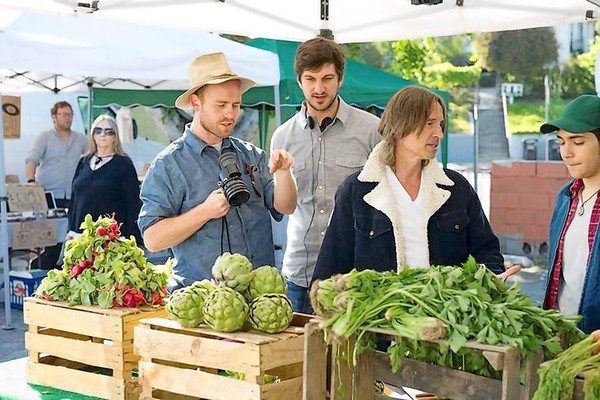 Never has a washed-up Scottish musician appeared more at home in the farm country peripheries of Los Angeles than in California Solo. That’s where Lachlan MacAldonich (Robert Carlyle), the damaged central character of director Marshall Lewy’s second feature, is content to waste away his days in an alcohol-fueled slumber.

Facing deportation after a drunk driving arrest, MacAldonich attempts a late-life alchemy in order to preserve his American citizenship, and perhaps repair some broken relationships along the way. Robert Carlyle delivers a stunning performance as MacAldonich and director Marshall Lewy crafts a remarkable journey that extends from the depths of despair to the unadulterated joys of recovery.

Were there personal experiences and relationships from your life that aided in constructing Lachlan MacAldonich’s character?

Music and immigration are at the forefront of California Solo, but one topic that is never directly mentioned in the film but is just as important is alcoholism. Lachlan’s struggles with drinking and the broken relationships he has with virtually everyone in his life reflects what I have seen in my own life and in the lives of others as one of the consequences of alcoholism. This dynamic was something I wanted to explore.

What's the origin of your interest in the Britpop music scene?

In college I went to Dublin to visit two friends of mine who were studying there for a year. This was at the height of the Britpop scene, and they had gotten very into it. I came home with CDs filled with more obscure Britpop tracks that hadn’t made it into the mainstream here in the United States. When I started writing California Solo and I realized that Lachlan would have hit it big as part of the Britpop scene, I rediscovered the music I hadn’t listened to for years. I had the Starsailor Pandora station on constantly while I was working on the script.

Your've mentioned that you felt compelled to address the flaws in American immigration though his film. Why is that something that was important for you to broach?

The interest started with an intriguing fact that I didn’t know – that a permanent legal resident, a resident with a green card who has lived here with nearly all the rights of a citizen for years, still faces the threat of deportation if he or she commits a violation of so-called “moral turpitude.” As I dug deeper, I learned just how arbitrary and bureaucratic the system can be.

As a director, you have a penchant for and ability to let the actor’s performance dictate the look and feel of a film. What convinced you that Robert Carlyle was the right choice for the lead?

I have been a fan of Robert Carlyle’s for many years. I saw in his performances that he has an incredible range, from charming and warm to volatile, violent, and scary. I thought this would be an interesting contrast to play around with in a quiet film like California Solo. Once Carlyle was cast, I learned that his connection to Lachlan runs even deeper, since he is close friends with many of the Britpop heroes from that period, so he was able to bring that personal experience to the role as well.

Can you recall a particularly challenging (or simply bizarre) day of production and how you managed to overcome the obstacle?

The disruptive noises of filming exterior locations in Los Angeles!  Cars, helicopters, motorcycles, construction sites, school playgrounds – anything that makes a lot of noise somehow found its way to our set. It’s a dialogue-heavy and performance-based film, and we had many exterior locations, and it was difficult to get through an entire take without one of these sound issues occurring. Ultimately we were able to overcome it, but it was frustrating, especially to me and the actors when we were trying to focus and find the rhythm of a scene. I think in the end, it meant we had to deal with some of these sound issues in post-production. 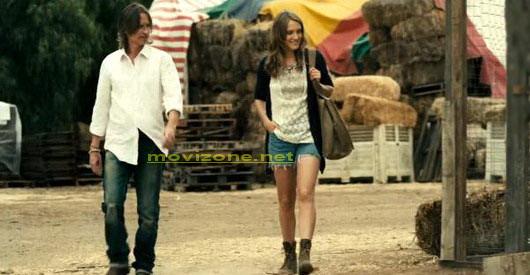