there part of interview where robert talks about playing rumplestiltskin: 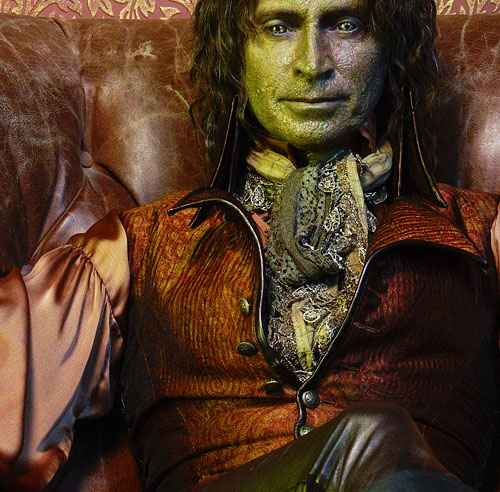 On Once Upon A Time, both Mr. Gold and Rumplestiltskin walk on the edge of likeability. Do you ever worry about how the characters you play will be received by the audience, or do you not worry about whether or not they’ll actually like them?

CARLYLE: I genuinely try not to. It’s never the actor’s place to worry about that. If they like him, great. If they don’t like him, great. It doesn’t matter to me. What’s important is being honest. So far, that’s what’s come across, particularly with Mr. Gold. You wouldn’t really want to hang out with him, at all, but somehow people have taken to his charm, or whatever it is. He would do you wrong, there’s no doubt about that. It’s interesting how it’s become that way. With Rumplestiltskin, the showrunners and chief writers, Adam Horowitz and Eddie Katsis, have been fantastic with me because they’ve said, “Just do what you want to do.” I didn’t know what I was going to do with this crazy fairy tale character that not many people know that much about. He’s got a strange name and he spins straw into gold. That’s it. I thought, “Fantastic! This is a blank canvas here. If I’m going to play on this blank canvas, it’s not going to be a pretty watercolor. I’m going to throw oils at it and just smash it like Jackson Pollock.” And that’s what I’ve done with Rumplestiltskin. I’ve just thrown everything, including the kitchen sink, into that character, and it’s worked. It could have went badly wrong, but the audience is just nuts for him. I’m enjoying playing him, and that probably comes across.

Has it been great to play all the twists with the fairy tale stories?

CARLYLE: I love that. I think that’s the genius of it, if that’s not too big of a word. They can take these well-known fairy tales and go, “Well, actually, maybe it wasn’t the fairy godmother that sent Cinderella to the ball. Maybe it was Rumplestiltskin.” And then, suddenly, it’s a whole different story.

What can you say to tease what’s to come when the show returns in January?

CARLYLE: The stuff that’s coming up, that I’m just about to do in the next three or four episodes, is mind-blowing. It just takes it somewhere else again. I was like, “Oh, my god!” You actually will feel sorry Gold. There’s his love for Belle and he’s trying to be a better man, but we’ll see how long that lasts. 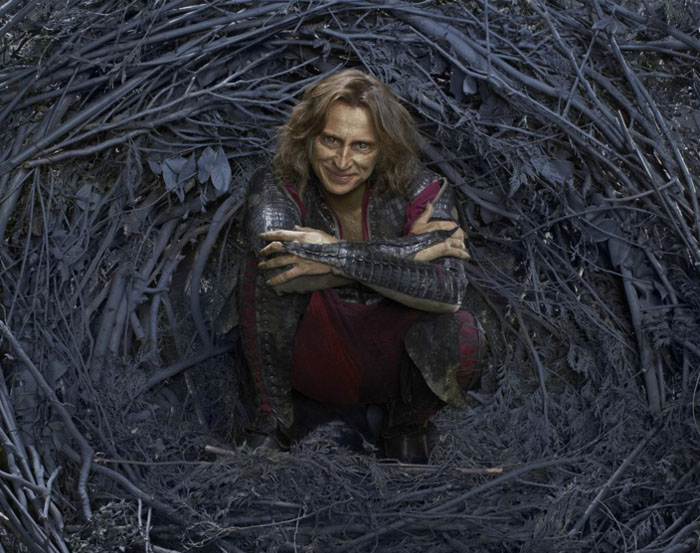