Carlyle and McGregor in line to reunite for new movie!

EXCLUSIVE: Robert Carlyle and Ewan McGregor could reunite for their first movie since Trainspotting in an adaptation of a cult novel by a Scottish author.

Carlyle has acquired the film rights for The Long Midnight of Barney Thomson by Douglas Lindsay. The actor has appointed a scriptwriter and shooting has been pencilled in for early 2014.

Carlyle, 51, is expected to direct and play the title role and McGregor, 41, has been tipped to co-star by the scriptwriter. The pair have not appeared on the big screen together since Trainspotting, the 1996 film of Irvine Welsh's novel which helped launch their global careers, taking the roles of Begbie (Carlyle) and Renton (McGregor).

The Long Midnight of Barney Thomson, the first in a seven-novel series by Lindsay, will be serialised from Thursday on HeraldScotland, with the 28 chapters being published on a daily basis over the next four weeks in our first book serialisation.

The publication is the first joint venture between the Herald & Times Group, and Blasted Heath, the Scottish e-publishing specialists.

Lindsay, described as a cross between Quentin Tarantino and Christopher Brookmyre, has previously confirmed the Carlyle connection, saying: "I believe the intention is, that as well as directing, Robert will play Barney, which is great."

Carlyle's time is limited by his commitments to the hit US show Once Upon A Time, in which he stars as Mr Gold, but shooting has been scheduled for spring 2014.

Scriptwriter Colin McLaren won a Bafta for best short film, Home, in 1999 and was nominated for a Scottish Bafta for best writer in 2011. His agency says on his web listing, under current projects: 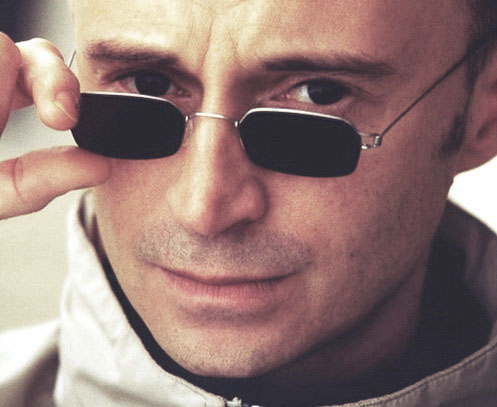 Carlyle appeared in Taggart, The Bill and Cracker before landing the lead role in Hamish Macbeth. He went on to appear in a number of popular, big budget films, including The Full Monty, James Bond’s The World is not Enough, and Angela’s Ashes.

McGregor is one of Scotland’s most famous actors. After making his film debut in Trainspotting, he went on to star in movies, including Little Voice, A Life Less Ordinary, Rogue Traders, Black Hawk Down and Moulin Rouge. He also took on the iconic role of Obi-Wan Kenobi in the new Star Wars trilogy.

Magnus Llewellin, editor of The Herald, said of the joint serialisation venture: "I'm delighted we can work with a Scottish company to bring this author to a new audience."

Blasted Heath's co-founder Kyle MacRae said: "Look around the train or the bus you're on right now. See those people laughing as they read? They've just discovered Barney Thomson, the renegade barbershop legend. If you love Long Midnight, why not treat yourself to The Barbershop Seven, the Barney Thomson omnibus?