Robert Carlyle in The Today Show

Very very strange interviewers. But always great to see more Robert.
He did such a wonderful job of staying composed, even though it was fairly obvious how uncomfortable he was during the whole thing. They are just another reason why fangirls should not conduct interviews.
"Squee, you're so handsome. Can we look at your hands? Look everybody!" Perfect opportunity to give her a personal close-up of the back﻿ of one of them. Of course, he's too classy to ever do that; such a gentleman. But I'm sure he couldn't wait to get out of there! (He does have nice hands. But still ... he's trying to be serious and talk about acting, while those two have no idea how to conduct an interview. They should get in the autograph line.)


Yea but I'm sure after the many interviews he's done he's had his fair share of idiots he's had to be interviewed by. They are right though, he does have nice﻿ hands and he is a good-looking guy. "not a performing monkey" :) 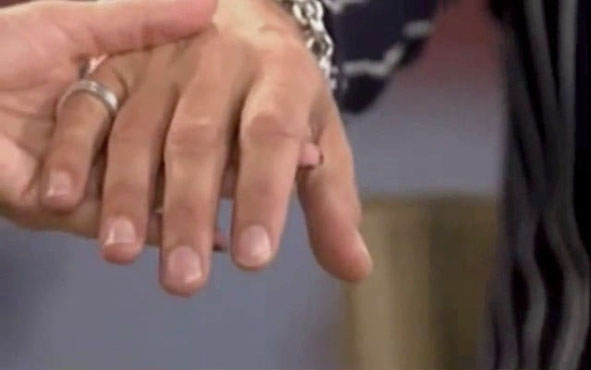