"I'm absolutely delighted with the career I have. I feel like I'm the luckiest man on the planet. If I can continue doing it for the next 25 years, I'll be more than happy." 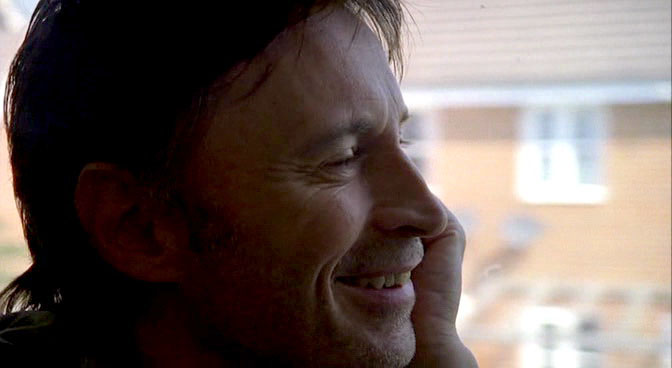 Synopsis Four characters living in one neighborhood in London - all living dramatically different lives, all of them on the edge - see their stories unfold.

Scots star Robert Carlyle is no stranger to characters who stalk the underbelly of society. Good guys who have fallen through the cracks, bad guys trying to be good, criminals, villains and the odd murderous psychopath have all strong-armed their way onto his CV over the last 20 years. But, he says, that's not the only reason why Born Equal's Robert feels so familiar to him.

Robert has just been released from prison and is searching for his mother. Dislocated from society, he's trying to make a clean start and thinks that finding his mother will help him on that road.

"It's difficult to explain without sounding very grand but if I was an artist who used paint and a canvas, then you could consider this to be the latest in a series of self-portraits, if you know what I mean – maybe me in another life and another time and another path," says Carlyle in his soft Glaswegian accent.

"I've kind of been sketching out that character over and over again in different guises. It's something that every actor does, in a sense – you use yourself – and I'm kind of interpreting Robert Carlyle in maybe six or seven of these parts now.

Carlyle, who was born and grew up in the tough Maryhill district of Glasgow in the Sixties believes he's come across enough characters like Robert in his life to be able to relate to him.

"I know a lot of people and I've got a lot of reference points for this kind of work. Did I feel a connection to Robert? I understand him, I think that's probably closer to it. I understand the type of character Dominic [Savage, the director] wanted to see. It's someone who's familiar to me," he says.

"It's interesting because I'm 45 now and I think that a lot of guys get to this age and suddenly realise that their life's kind of passing them by. 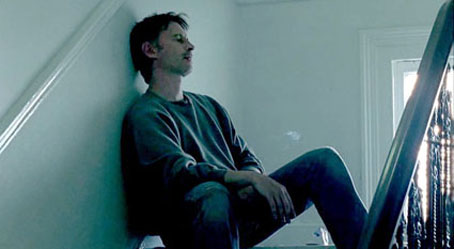 "Robert certainly does and he finds himself wanting to repair the past. He commits himself to searching for his mother. He feels that will in some way help him to integrate properly into the world, into society – a society he's rejected most of his life. So he embarks upon this journey, without really knowing what to expect along the way."

Penniless and with nowhere to go, Robert is given a room in a B&B but, as he wanders around the streets of London and catches glimpses of the lives of the wealthy people who live all around him, he develops an acute sense of the inequalities that define the city.
"He really is stuck, disenfranchised from everything. Everything in every shop window is beyond his reach. Every house he passes by, every flat, every tower block is outwith his grasp," explains Carlyle. 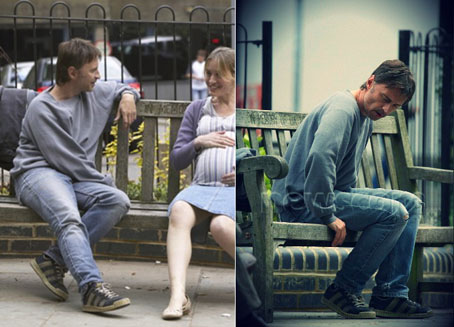 In the hostel, Robert meets Michelle (played by Anne-Marie Duff), who is pregnant and has a six-year-old daughter, Danielle (Gemma Barrett). Michelle has escaped an abusive husband and, alone and desperate, she and Robert reach out to one another.

"The tragedy is that they are actually very well suited. In another life, in another time, they could be together quite happily, but I don't think Robert's capable of it, that's the problem," says Carlyle.

"He's got too many demons, too much to sort out. And as the search for his mother starts to go wrong, you can see how out of reach this guy actually is. There's virtually nothing behind him, no foundation."

Carlyle's own foundation, it is clear, was his late father, Joe, a painter and decorator who brought him up alone after his mother left when he was just four years old.
"If something's got some sort of social aspect to it, it's always good and it makes it a little easier to justify doing it," admits the actor.
"I don't think Born Equal is overtly political. But then again, you see homeless people on the streets everywhere you look and of course it's political, it just doesn't necessarily look that way."

What did attract him to the film, however, was the prospect of working with director Dominic Savage, who is renowned for his extreme dedication to the art of improvisation.
"I'd seen Dominic's Out Of Control, which I thought was terrific, and I was aware of this reputation he has of being a maverick in the way that he works and that's right up my street," he smiles.

A veteran of improvisational theatre and film, the actor had no qualms about the lack of scripted lines.
"It's a fantastic way of working, it's how I started in a sense, and I love that element of surprise, not quite knowing what is going to happen next.

"You're not going home at night, looking at lines … I never do that anyway. And I'm the world's worst rehearser – I hate rehearsing anything at all, it kills it for me, so this is perfect," he laughs.

"When you work like this, you maybe live it a little bit more. Everything comes from inside and Dominic takes a lot of credit for that. What you need is a platform, someone who's going to be encouraging and allow that to take place and that's definitely one of Dominic's great talents. 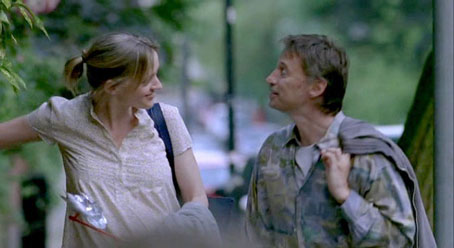 "What also really helped is that Anne-Marie [Duff] and I got on very well together, very quickly. We were able to achieve that state of reality, I think, which is unusual for people who don't really know each other that well. It's all about trust at the end of the day; if you trust your fellow actors, you're flying."

Carlyle was also amused by Savage's fondness for what he calls "guerrilla filming" – eschewing a closed set for filming out on the street among members of the public.
"It's all about grabbing a camera and seeing what you can get and, even though I'm used to doing that, it was funny. A few of us were jumping on and off tube trains one day and to see all the women on the train doing double-takes at Colin Firth … they must have thought they were in a parallel world!"

"I really wanted to get out of bed in the morning and go to work, and that's as big a compliment as you can pay, really. I felt that it was a good thing from start to finish. Everyone understood what Dominic wanted to do and went along with it – a lovely experience. 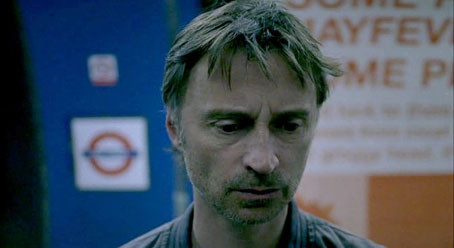