Oh dearie me, dearies! It’s not only ONCE DAY but it is also a day we can send out very special BIRTHDAY wishes to one of the awesome Once Upon A Time cast members! It gives me great pleasure to state that I had the incredible honor of interviewing our “Dark One,” our Crocodile, our Beast… Rrrrrrumpelstiltskin, ROBERT CARLYLE! The team at Once-Storybrooke.net AND the entire #OncerFamily sends lots of love to you this glorious day!
Oncers, did you know Robert already has a connection to a certain cast member of the Once Upon A Time spin-off: Once Upon A Time in Wonderland? Magic may always come at a price, but reading on… fortunately… does not! 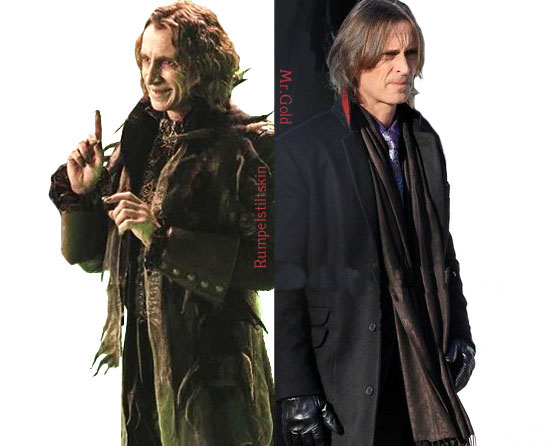 Prutha S. Patel: What do you find most interesting about playing Rumpelstiltskin?
Robert Carlyle: Rumpelstiltskin/Gold are two sides of the same coin. Inseparable, but each with its own distinct nuances. Rumpelstiltskin is always interesting as there are at least 5 different visions of him. Hugely theatrical, I use many and varied influences with Rumple. People like Leonard Rossiter, Kenneth Williams, Jack Milroy, Terry Thomas and a whole host of others I’m sure no one will ever have heard of, but these people consistently jump into my mind when I’m playing him. It’s always a puzzle, but one which I hugely enjoy. The character is so extreme and I think it’s important that I have fun with it. If I’m enjoying it then hopefully the audience will too.

PSP: What do you find most interesting about playing Mr. Gold?
Carlyle: Gold presents a different challenge. In general he’s always in control and a lot more subtle than his twin Rumple. His Achilles heel though is in his inability to do the right thing. For a clever man he makes a lot of bad choices, the pursuit of power itself being a spectacularly bad one. He has, in fact, been paying the emotional price ever since he made the ultimate bad choice “Yes, I think I’ll become the Dark One.” Great for me though, a wounded soul is always infinitely interesting to play.

PSP: What would you like to happen to your character in the future? Do you have any far out ideas?
Carlyle: I don’t have any idea where the character is headed, what he’ll do or what he’ll become. That instantly becomes time related and it doesn’t do for me to be thinking too far ahead. It’s best for me not to think of a long journey. Always focus on the step your presently taking, hopefully then you don’t fall over. 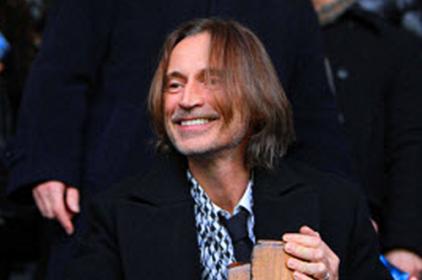 PSP: You have acted with all of the cast members. You have a great chemistry with everyone on screen, which actor interactions on screen are the most enjoyable for you to perform? Is there a certain actor that you love working with?
Carlyle: I truly enjoy working with everyone on the show. I’m fortunate to be working with some excellent actors. All of us are a long way from home here in Vancouver and it’s important to be supportive of one another. I think there is a tight ensemble feel with us now and you only get that by earning each other’s trust. That really is the most important factor in any acting relationship.

PSP: What makes Once Upon A Time different in comparison to all the other films and TV shows you have been a part of?
Carlyle: The thing that makes this show different in my experience is the scale of it all. It sometimes is truly monumental. Wonderful sets and sumptuous costumes everywhere. It’s the show’s attention to detail that elevates it, I believe. Great writing and a huge amount of talent and hard work from every department contributes toward what you see on screen.

PSP: How do you like Vancouver? What has made it different than the other locations?
Carlyle: I honestly feel very fortunate to be here in such a beautiful city. Vancouver is such a cool place to be working in. Fantastic locations… Beautiful mountains… Lovely beaches… Great people… Unbelievably bad drivers.

PSP: Would you ever consider being a part of a musical episode if Adam and Eddy ever wrote one?
Carlyle: Musicals to me have always been weird. People singing at each other. Very, very odd. I do like Opera however, love a bit of Puccini, and I guess that could be called the same thing… only it’s not. I’m afraid I would have to be bound and gagged and thrown on to the stage from a great height. Even then I might escape. I would escape.

PSP: Rumpelstiltskin once said: “A specific annoying little world. Useless to me, but, perfect for your purposes.” – to Regina. Many Oncers have already been asking us this: Is Rumpelstiltskin going to ever be involved in the Once Upon A Time spin-off, Once Upon A Time in Wonderland?
Carlyle: From what I understand there is a possibility of a crossover of characters from OUAT to Once Wonderland. Whether it’s practical time wise is another issue. Our shooting schedules can be so intense I think it would be difficult to do
both. Talking of Wonderland I would like to give a warm welcome to Michael Socha. A terrific young actor and a really lovely guy. I had the pleasure of working with him a few years ago on a film called ‘Summer‘. There was a scene I remember where I find him lying on the ground covered in vomit. I then had to pick him up and carry him a long way out of shot. 6 times. Nearly broke my back. Well done Michael!